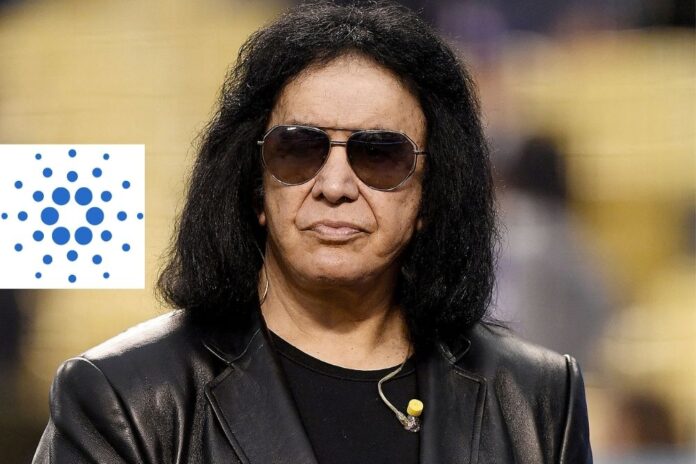 Gene Klein, an American singer and entrepreneur, professionally known as Gene Simmons, has some hours ago revealed his recent investment in the Cardano (ADA), the 6th largest cryptocurrency by market capitalization.

According to Simmons, popularly known for being the frontman of the band known as “Kiss”, he just purchased $300,000 worth of Cardano (ADA), adding that he intentionally took the decision because he believes that the price of the cryptocurrency will continue to rise.

Gene Simmons tweeted, “I just bought $300,000 of CARDANO (ADA). I’m not a Financial Analyst and I’m not telling U to buy or not to buy. Simply letting U know what I am doing and what I believe in. Why? Because I believe it’s going up..and it’s always up to you to research & decide.”

I just bought $300,000 of CARDANO (ADA). I’m not a Financial Analyst and I’m not telling U to buy or not to buy. Simply letting U know what I am doing and what I believe in. Why? Because I believe it’s going up..and it’s always up to you to research & decide. pic.twitter.com/UiIqowJ4pY

Reasons Why Gene Simmons Purchased ADA at This Time

Gene Simmons is accustomed to stating reasons for adding any digital asset to his portfolio.

In the case of adding ADA, the popular singer pointed out that the digital currency is currently cheap compared to Bitcoin (BTC) that currently trades above $50,000.

He thinks everyone should be able to afford the cryptocurrency at its current prices.

“Why did I buy Cardano (ADA)? Well, for one thing, it’s affordable to almost everyone. It’s pennies compared to my other holdings like Bitcoin, which is over $50,000 a single coin. I believe everyone should be able to afford cryptocurrency. And here is one I believe in.”

Before his latest investment in Cardano (ADA), Gene Simmons had invested in a number of altcoins such as Dogecoin (DOGE), Ripple’s XRP, among others. But his most significant profit came from his investment in Ethereum (ETH), the second-largest cryptocurrency by market capitalization.

According to the singer, he purchased $300,000 worth of ETH four months ago via Gemini exchange, which indicates that his investment in the leading digital currency has returned over 4x of his initial investment, considering the current prices of ETH.

The singer probably expects the same scenario to play out in the case of Cardano (ADA) since the digital token is still at the early stage of its outstanding performance.

The Ethereum Whale that Lost $5.2M to Abnormal Tx Fees Has Been Identified

This Data Shows That Cardano (ADA) Is Now the Biggest Staking...