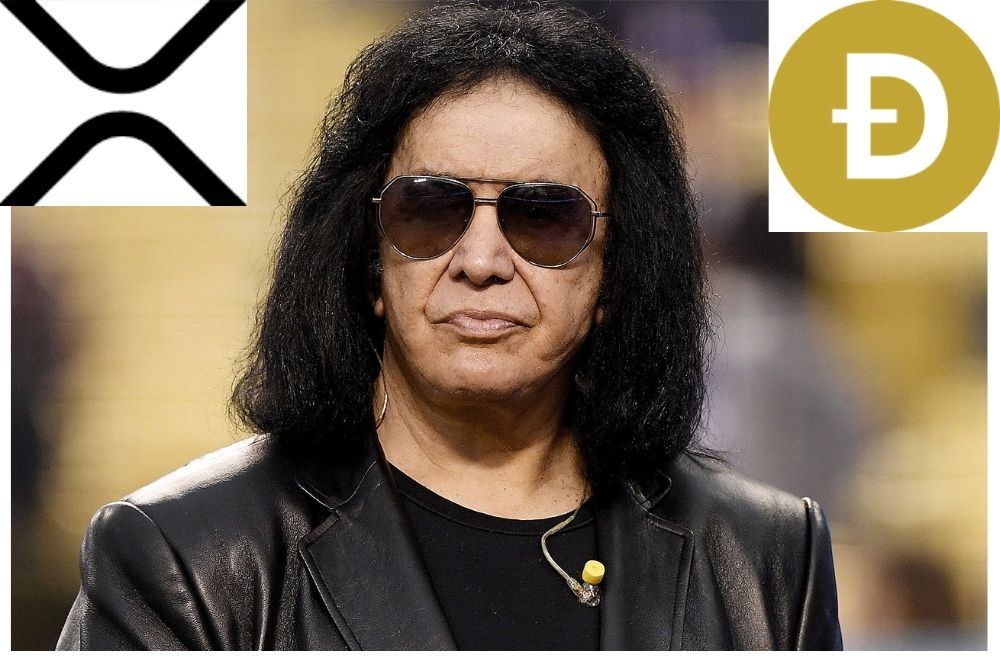 The septuagenarian is best known as the bassist of the American rock band Kiss, which gained prominence back in the 1970s for its explosive live acts, use of pyrotechnics, provocative face masks, coupled with the use of rockets. According to MTV, the band is the 9th best rock act of all time.

After years of life as a rockstar, Simmons is looking to delve into the cryptocurrency ecosystem with investments in various digital currencies.

According to Simmons in a tweet, he has already purchased or intends to buy Bitcoin (BTC), Litecoin (LTC), and Ethereum (ETH).

Gene Simmons tweeted, “I’m not recommending any of this to anyone. But yes, I bought and/or will own Bitcoin, Etherium, Litecoin and others.”

I’m not recommending any of this to anyone. But yes, I bought and/or will own Bitcoin, Etherium, Litecoin and others.

In another tweet, the rock musician said he’s already holding Ripple’s XRP and Dogecoin (DOGE). He, however, intends to further diversify his crypto portfolio.

“Not recommending any of these to anyone. But yes, I also bought Dogecoin, XRP and others. Make of it what you will.”

Not recommending any of these to anyone. But yes, I also bought Dogecoin, XRP and others. Make of it what you will.

Expectedly, his tweets were greeted with tons of mixed reactions. Some said that buying XRP was a good choice despite the ongoing lawsuit between Ripple and the US Securities and Exchange Commission (SEC), while others said that Simmons ended up with the bag holders pack—a term used by some in the crypto industry to signal a poor investment, especially the one that involves an altcoin.

Simmons’ public endorsement of digital currencies is one in a recent line of musicians, including rappers, getting in on the nascent industry. While Bitcoin (BTC) and Ethereum (ETH) are typically the gateway coins, last week saw Dogecoin somehow become the altcoin of choice for many celebs.

September 22, 2022
We use cookies to ensure that we give you the best experience on our website. If you continue to use this site we will assume that you are happy with it.Ok