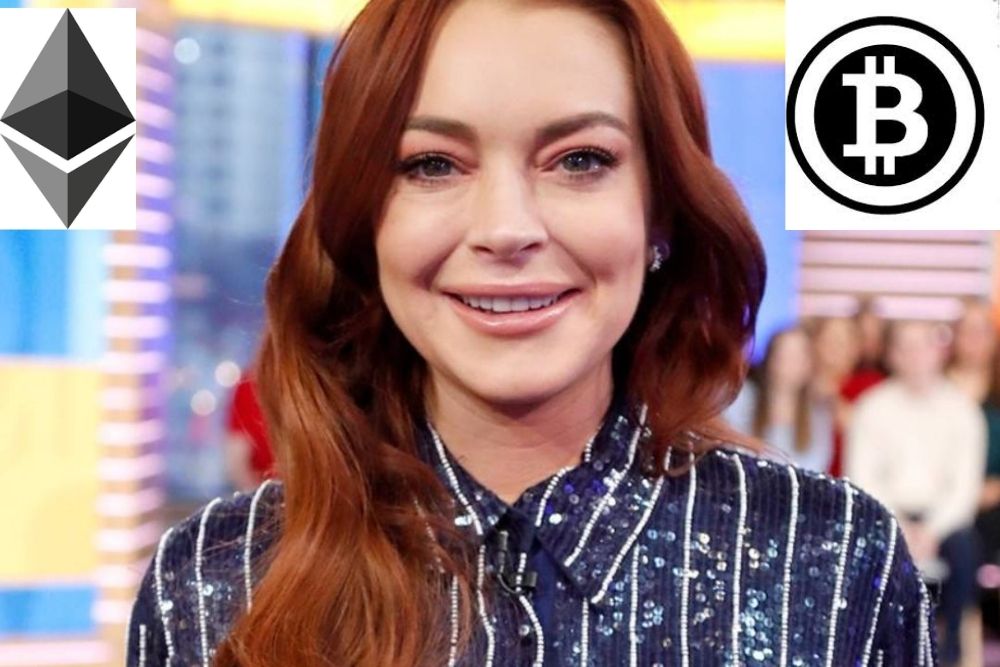 American star actress, Actress Lindsay Dee Lohan, has recently joined a number of predictors that are bullish about the largest and second-largest cryptocurrency by market cap, Bitcoin (BTC) and Ethereum (ETH).

According to the star actress, Bitcoin and Ethereum have the potential to hit $100,000 and $10,000 respectively someday.

As reported by Forbes, Lohan aired her prediction in a recorded video via the personalized celebrity video website, Cameo, predicting that Bitcoin and Ethereum will continue to climb and signal a return to the high-octane crypto mania of 2017.

Celebrity Cryptocurrency Endorsements in the Past and Now

In the middle of the 2017 retail-driven bull run, when the market capitalization of Bitcoin (BTC) was around $280 billion, renowned celebrities such as DJ Khaled, Steven Seagal, and boxer Floyd Mayweather were all talking up various digital currencies.

TV star and heiress, Paris Hilton, also shilled a now-defunct digital token on Twitter and the share price of Long Island Iced Tea gained about 300% after it rebranded itself as Long Blockchain back in 2017,

The return of celebrity crypto endorsements could be an indication that retail investors, who have not been fully involved in the current bull cycle, are about to rush into the market.

On the other hand, Ethereum, the world’s second-largest cryptocurrency, has also managed to print a significant performance alongside Bitcoin. ETH has now surpassed $1,000 for the first time since 2018 and it’s still maintaining the important support as it aims to break above its price all-time high of $1420 recorded in January 2018.

During the price parabolic movement, the market capitalization of Bitcoin crossed $700 billion, pushing Bitcoin up the charts of the largest assets in the world and made it more valuable than Facebook briefly.