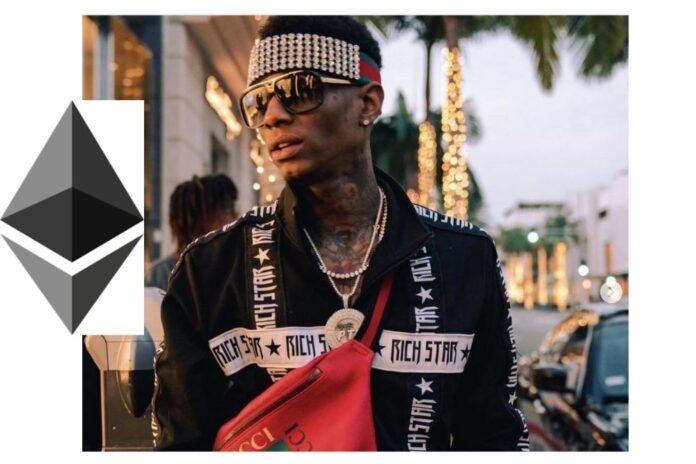 Famous American rapper, DeAndre Cortez Way, popularly known as Soulja Boy, has some hours ago showcased his anticipation for the rise in the price of Ethereum (ETH), the second-largest cryptocurrency by market cap.

On 22nd March, the popular rapper took to Twitter to display his eagerness to see the rise in the price of Ethereum (ETH) by asking the crypto experts among his 5.2 million followers of the reason behind the lethargic growth of the cryptocurrency.

The famous rapper has been showcasing his interest in Ethereum (ETH) since the beginning of the year.

Sometimes in late January, Soulja Boy revealed that he has received his personal Ethereum address: souljaboy.eth.

The customized Ethereum address was gifted to him by the co-founder of Rainbow wallet, Mike Demaris. This address makes it easy for users to send him ETH.

Meanwhile, the American rapper has been revealing his crypto portfolio with a growing interest in adding more viable digital assets.

According to his tweet, he has bought “some BNB, DGB, TRX, KLV, ZPAE, and FDO,” and asked his teeming followers of what coins he should buy next.

He had also stated that he would consider creating his own cryptocurrency, an ambition that called the attention of the creator of Cardano (ADA), Charles Hoskinson.

A couple of hours ago, the price of Ethereum dropped to around $1,680 in correlation with the Bitcoin price trend. At the time of writing, ETH is trading at $1,713.23, with a 4% price downtrend in the last 24 hours.