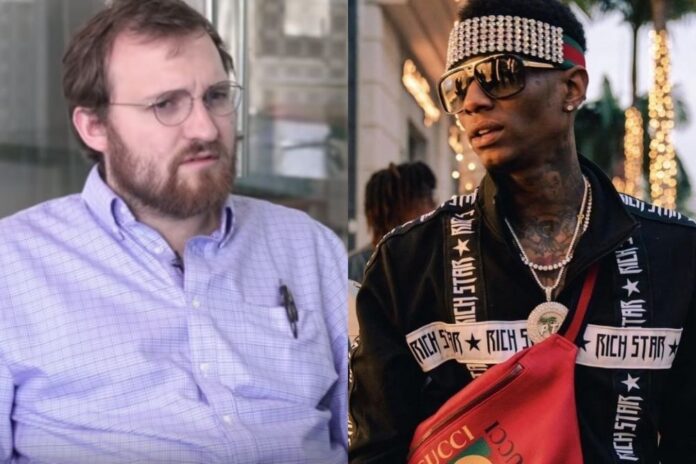 The CEO of IOHK, Charles Hoskinson, who is also the creator of the third-generation blockchain project, Cardano (ADA), has shown interest in creating SouljaCoin for the famous rapper Soulja Boy.

This came about after the famous rapper, who has lately been showcasing a stern interest in the crypto world, asked whoever could help him create SouljaCoin to contact him.

He specifically asked for a design that will make the coin free of legal trouble with the United States Securities and Exchange Commission (SEC), unlike the embattled digital token XRP.

Soulja Boy tweeted, “Who can help me make SouljaCoin a real thing without getting into any legal trouble with SEC etc.. like real and legit I think this could be big Idk. contact me thanks.”

Who can help me make SouljaCoin a real thing without getting into any legal trouble with SEC etc.. like real and legit I think this could be big Idk. contact me thanks

This request attracted reactions from crypto big guns such as Peter McCormack, Justin Sun, among others.

The creator of Cardano (ADA) Charles Hoskinson also showcased his interest to help the American rapper design the cryptocurrency of his choice.

“I can lend a hand if you’re really serious. PM me,” Charles Hoskinson responded.

I can lend a hand if you're really serious. PM me

Over the past couple of days, the famous American Rapper, Soulja Boy, has been showcasing his interest in crypto-related investment. In a tweet on 20th January 2020, the rapper stated that he would consider creating his own cryptocurrency.

Thoughts on me creating my own crypto?

The rapper has also recently revealed which cryptocurrencies are in his portfolio. According to his tweet, he has bought “some BNB, DGB, TRX, KLV, ZPAE, and FDO,” and asked his 5.2 million followers what coins he should buy next.

Charles Hoskinson Suggests a Way to Identify the Anonymous Creator of...