Dominik Schiener Recommends the Listing of IOTA (MIOTA) on Bitstamp 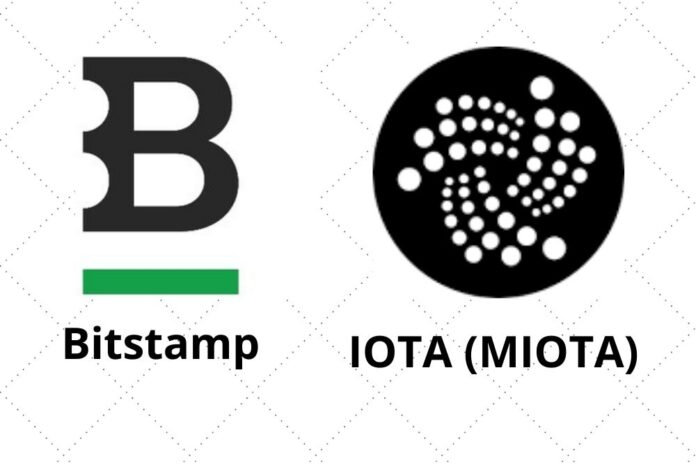 The co-founder of IOTA Foundation, Dominik Schiener, has some hours ago recommended the listing of IOTA (MIOTA) on the crypto exchange Bitstamp when an opportunity to make a wish surfaced.

When a cryptocurrency is listed on various cryptocurrency exchanges, it enhances the exposure of such a coin, making it easy and accessible for traders and investors to leverage.

On 30th April 2021, a top crypto exchange Bitstamp took to Twitter to share a post targeted at listening to the opinion of the crypto community in relation to the next token to incorporate on the trading platform.

Bitstamp tweeted, “Which token do you want most on Bitstamp?”

Which token do you want most on Bitstamp?

Read Also: IOTA’s Journey with Mana Has Begun with the Release of New Version of Pollen Testnet

The tweet attracted the attention of crypto big guns such as Barry Silbert, the Founder of Grayscale, and the co-founder of IOTA Foundation, Dominik Schiener.

While Silbert recommended the listing of some of Grayscale’s new products, Including Filecoin (FIL), Zcash (ZEC), Decentraland (MANA), Horizen (ZEN), and Livepeer (LPT), Schiener solicited for the listing of IOTA (MIOTA) on the trading platform.

However, the decision of the crypto exchange Bitstamp on which of the recommended coins will be eventually incorporated cannot be ascertained at the time of writing, but some IOTA enthusiasts joined Dominik Schiener to push for the listing of IOTA token on the exchange.

In support of the listing of IOTA (MIOTA) on Bitstamp, a user wrote, “You should list MIOTA. IOTA foundation made great progress in the last few months and is one of the most promising projects from a technology and real world adoption point of view!”

The Beauty of IOTA Tangle on Display

In another tweet, Dominik Schiener tagged a video shared by a supposed IOTA community member, which briefly shows the beauty of the IOTA Tangle.

Describing the utility of IOTA as the network prepares to go fully decentralized, Schiener stated that millions of dollars are being settled by IOTA without any fees.

Dominik Schiener tweeted, “The beauty of the Tangle Mesmerizing to watch, especially when you realize that just within this one gif, millions of dollar are being settled by IOTA without any fees.”

The beauty of the #Tangle ❤️Mesmerizing to watch, especially when you realize that just within this one gif, millions of dollar are being settled by #IOTA without any #fees. https://t.co/y8yreJFQIH

Cardano Nominated For Blockchain Solution of the Year by AIBC Awards

David Schwartz’s Opinion on the Cause of Crypto Price Collapse

IOTA Co-Founder David Sønstebø Clarifies the Reason for His Exit