Brad Garlinghouse, the CEO of Ripple, has stated that the cross-border payment platform plans to go public after the SEC lawsuit is concluded.

The CEO made this known on Wednesday at the Consensus 2021 conference hosted by CoinDesk when asked whether Ripple, the firm behind the digital token XRP, would become a public company. In response to the question, he said the possibility is very high at some point.

Howbeit, he pointed out that this possible development has to wait until the lawsuit filed by the United States Securities and Exchange Commission (SEC) is completely resolved. After all, the SEC will be the one to approve Ripple’s S-1, Garlinghouse stated.

It can be recalled that last month, Yoshitaka Kitao, the CEO of the Japanese financial giant and Ripple’s largest outside shareholder, SBI Group, revealed that the cross-border payment behemoth will go public after the legal tussle with the SEC.

During an earnings presentation call, Kitao stated that Initial Public Offering (IPO) is the next direction Chris Larsen wants Ripple to go.

Kitao said, “After the current lawsuit, Ripple will go public… Chris wants to do that.”

In December 2020, the SEC filed a lawsuit against Ripple Labs, and its two top executives, CEO Brad Garlinghouse and co-founder Chris Larsen, for the sale of relatively $1.3 billion unregistered securities from 2013 to late 2020.

However, Ripple continues to claim that XRP is not a security and therefore out of the SEC’s reach.

XRP, the 7th largest cryptocurrency by market capitalization, has managed to surpass $1 again after the devastating fall over the past week.

The market is still managing to gather momentum for further upside trends. So, the price trend of the cryptocurrency has been sideways. At the time of press, XRP is trading at $1.02, with a 1.48% price downtrend in the last 24 hours. 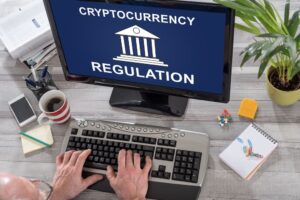 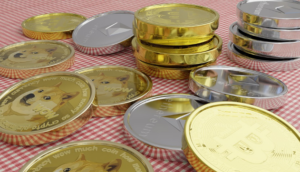 September 8, 2021
Ripple Has Managed To Hurt SEC Where It Matters Most

Ripple Has Managed To Hurt SEC Where It Matters Most