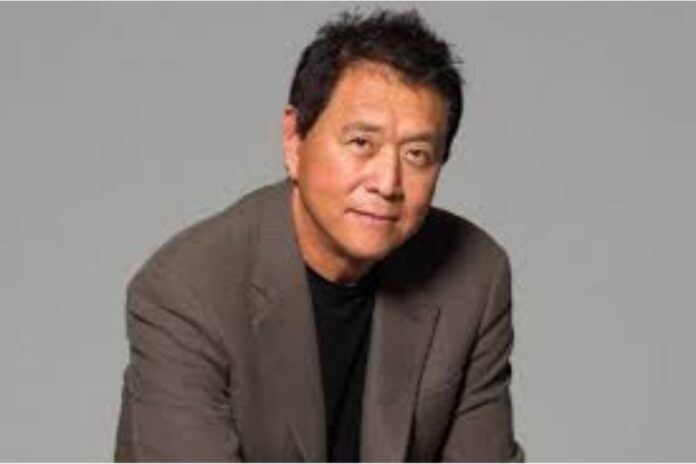 Robert Kiyosaki, the author of Rich Dad Poor Dad, has revealed why he purchased a lot of Bitcoin (BTC) and Ethereum (ETH), coupled with gold and silver.

According to Kiyosaki in a new Rich Dad Radio show podcast episode, this decision was made due to the weakened state of the US economy.

The bestselling author and entrepreneur pointed out that he’s not ready for an unnecessary argument, like Peter Schiff, Max Keiser, and other crypto big guns, on which asset is the best, but the reason behind his decision is the screwed economy. And he’s ready to buy more of these safe-haven assets.

“So I’m just grateful I have a lot of gold, silver, Bitcoin, and Ethereum and I don’t get into the argument. Peter Schiff is always arguing about gold and silver and Max Keiser’s arguing back, and I think, ‘Why the heck are you guys arguing?’

“Just get as much as you can right now because the government is screwed. We’re screwed. Our whole economy is screwed. We’re so deeply in debt, it’s like sinking into quicksand right and you’re arguing about gold, silver, Bitcoin. Just buy something.”

Back in 2020, the prominent author predicted that Bitcoin (BTC) would surpass $50,000 in 2021, resting the hope of his prediction on the failure and government’s poor economic policy. He said the flagship cryptocurrency would derive its strength from this weakness:

“I’m not judging Bitcoin, I’m judging the stupidity of our government. Being a real estate guy when I look at how much debt is going to default, the question is, when all those office buildings around San Francisco can’t pay their rent, who’s going to bail them out?

“That’s why I put my $50,000 bet. It was a bet against the economy. It wasn’t a bet on Bitcoin. And I’m betting [the Federal Reserve] is going to print [more money] and if they don’t print we’re screwed anyway.

“The question is where do you put your money? I started off years ago saying, ‘Cash is trash,’ and it is becoming trash. The more artificial intelligence and technology make things more efficient prices should keep coming down but the Fed keeps pumping it up…

“Lesson number one in Rich Dad Poor Dad is the rich don’t work for money, because the moment you do that you’re screwed. It’s coming true right now and it really deeply concerns me.”