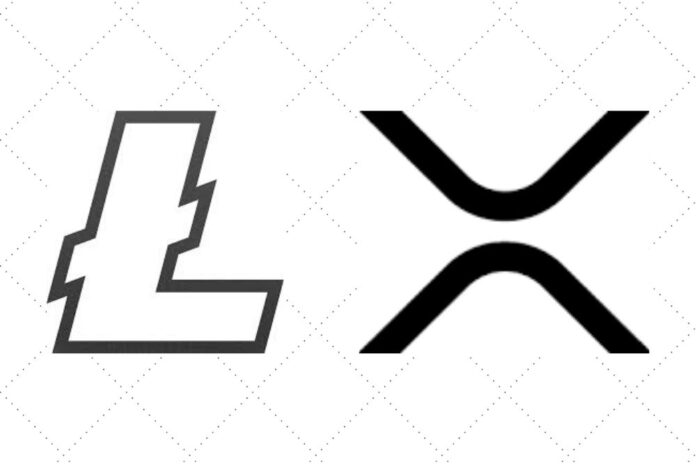 Litecoin (LTC) has displaced the Ripple’s digital token XRP to become the third-largest public blockchain, with $10.8 billion market capitalization, according to CoinMarketCap

Considering the latest ranking of public blockchains, LTC is only behind Bitcoin (BTC) and Ethereum (ETH), with $630 billion and $94 billion respectively in terms of market valuation.

As of the time of filing this report, Tether (USDT), the largest stablecoin in the world, with $21.3 billion. So, this indicates that Litecoin (LTC) is now the fourth-largest cryptocurrency by market cap.

Litecoin’s price rise to join the top five digital currencies was meteoric in 2020 and the bullishness is still reigning on the trend of the cryptocurrency. Obviously, this bullishness is good for LTC as it aims to surpass $200 soon.

Many crypto analysts have attributed this significant rise to the announcement of adding LTC to PayPal global payment options, alongside Bitcoin (BTC), Ethereum (ETH), and Bitcoin Cash (BCH).

After this, the prices of BCH and LTC surged higher, mirroring BTC, as purely transactional currencies, depending on a broad user base as drivers of price.

Litecoin, position itself as a digital silver, complementing—and not competing with Bitcoin, has since maintained an upward trajectory, blasting past $100, rallying above $120, and analysts project even more gains.

Reason behind XRP’s Below Par Performance

XRP, the digital asset that currently occupies 5th position in the market has failed to join the Bitcoin and altcoins’ rally. However, the price of the cryptocurrency has been stable above $0.2 support level over the last 48 hours, but there is still a possibility for further downtrend, due to the major lawsuit before its top distributor, Ripple.

It can be recalled that Ripple, the cross-border payment firm was sued on 22nd December 2020 by the United States Securities and Exchange Commission (SEC), for the sale of XRP, a digital token regarded as an unregistered security.

Since the lawsuit was brought to the public notice, XRP has been losing its accumulated market value. Above all, a number of exchanges and crypto-related firms have decided to suspend their relationship with the cryptocurrency.