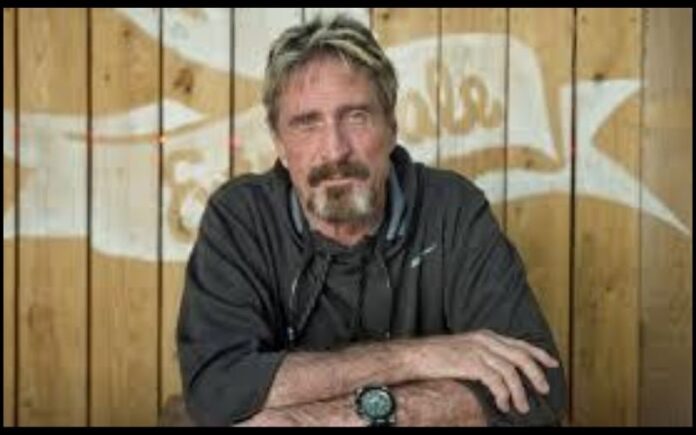 John McAfee, the Septuagenarian crypto advocate, has recently tweeted after spending three months in the Spanish prison for tax evasion.

In a tweet shared from the prison a couple of hours ago, McAfee related his current feeling with his over one million Twitter followers.

In the tweet, he pointed out that prison is the last place he could wish for himself to be, considering the condition of living without mobility and other things he’s been subjected to in the prison.

McAfee further stated that there should be a requirement for lawmakers to spend just a day in prison in order to rebrand their senses of reasoning before making laws.

John McAfee tweeted, “I’ve been three months in a Spanish prison. If I could choose a place to be, prison would not top my list. If lawmakers were required to spend a single day in prison before being allowed to make laws, penalties for nonviolent crimes would be drastically less severe.”

I've been three months in a Spanish prison.

If I could choose a place to be, prison would not top my list.

If lawmakers were required to spend a single day in prison before being allowed to make laws,

penalties for nonviolent crimes would be drastically less severe.

Why John McAfee Was Arrested In Spain

According to the statement released by the Department of Justice back in October 2020, John McAfee was charged for evading tax. He was thereby arrested in Spain where he’s expected to be extradited.

The statement by the Department of Justice (DOJ) reads as follows:

“According to the indictment, John McAfee earned millions in income from promoting cryptocurrencies, consulting work, speaking engagements, and selling the rights to his life story for a documentary. From 2014 to 2018, McAfee allegedly failed to file tax returns, despite receiving considerable income from these sources. The indictment does not allege that during these years McAfee received any income or had any connection with the anti-virus company bearing his name.”

Bitcoin Has Been Replaced by a Plethora of Cryptocurrencies –John McAfee