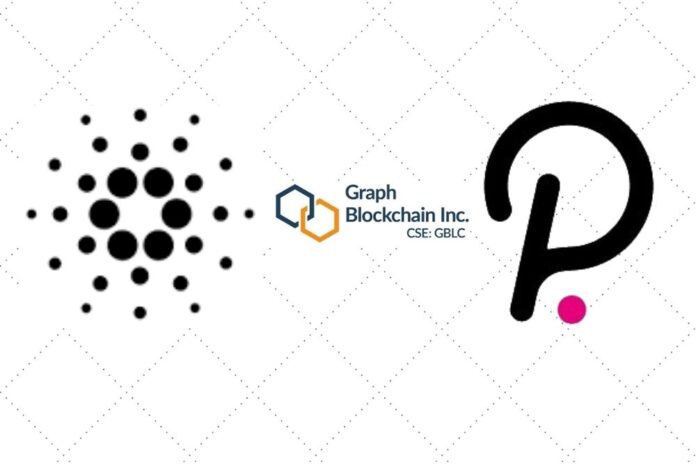 According to the report, the firm will purposely acquire Cardano (ADA) and Polkadot (DOT) for staking on the respective networks over the coming weeks.

Why Does Graph Blockchain Believe In Both Cardano and Polkadot

In the report, Graph Blockchain showcases its confidence in the two emerging smart contract platforms. The company believes that the two blockchain projects are crucial to the crypto industry.

The firm added that Cardano (ADA) and Polkadot (DOT) have highly ranked development teams, funding, and community with a vast potential for a significant increase in adoption, market share, and asset value.

So, the firm considered the reasons listed above before making the decision to choose the two blockchain projects as the first altcoins it’s supporting via investment and staking.

The report stated that further updates in relation to deployment and detailed educational materials for the two smart contract platforms will be released subsequently.

Graph is a blockchain development firm that provides high-performance blockchain solutions, which include graphic data analysis and consulting services, implementation of data mining analysis via the use of graph databases and speed enhancements of blockchain control system for businesses and governments.

As reported back then, the firm thinks selling the leading cryptocurrency for Cardano (ADA) and Polkadot (DOT) will better serve the needs of its investors who are interested in diversifying their crypto portfolios in the nascent industry.

Commenting on the decision, the Managing Director at FD7 Ventures, Prakash Chand said:

“Aside from the fact that Bitcoin was first to market and society has given it meaning as a store of value, I think Bitcoin is actually pretty useless. Projects such as Cardano, Polkadot, and Ethereum are the foundation of the new internet and Web 3.0.

“I’ve been lucky enough to spend lots of time with the brightest minds in crypto and I’m willing to bet that each of Ethereum, Cardano, and Polkadot will be more valuable than Bitcoin within the next few years.”

David Schwartz: My Sister Wants Her Money Back In BTC after Lending Me 2.8 BTC Some Years Ago

Charles Hoskinson: Cardano Now Has Hundreds of Stakepools and Half the...