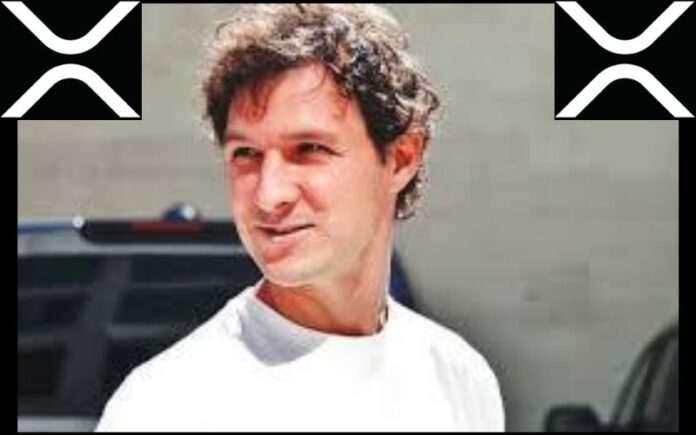 As a report has it, Ripple co-founder, Jed-McCaleb has resumed his usual significant dump of XRP. He recently initiated a selloff of portions of the 9.5 billion XRP he received as a co-founder of the firm before his departure in 2014.

According to the popular crypto researcher, Leonidas Hadjiloizou, a couple of hours ago, McCaleb sold 28.6 million XRP worth about $8.5 million at the time of filing this report, after 25 days of silence that made the crypto community think he was considering Ripple’s current situation.

Leonidas Hadjiloizou tweeted,“Jed’s Tacostand had paused XRP sales ever since the SEC lawsuit was announced. After 25 days of no sales, 28.6 million XRP was sold today.”

Jed's Tacostand had paused XRP sales ever since the SEC lawsuit was announced. After 25 days of no sales, 28.6 million XRP was sold today. pic.twitter.com/XTMgmvDFZF

Jed McCaleb Still Has Billions of XRP to Dump

The fact remains that Jed McCaleb still has billions of XRP tokens available in his wallet to dump on investors.

In December, Whale Alert reported that the Ripple co-founder liquidated 1.2 billion XRP in 2020 for over $400 million. This implies that the total number of his remaining XRP is relatively 3.25 billion worth around $970 million at the time of publishing.

Ripple-SEC Lawsuit and the Current Price of XRP

The United States Securities and Exchange Commission (SEC), charged Ripple, the payment firm that serves as the major distributor of XRP tokens, to court on 22nd December 2020, for allegedly offering unregistered securities worth around $1.3 billion for about seven years.

After the lawsuit was brought to the public notice, the price of XRP in the market embarked on a historic price plummet. However, the cryptocurrency seems to have bottomed, but the weight of the lawsuit is currently a setback to its upside trend.

Altcoins such as Ethereum (ETH), Polkadot (DOT), Cardano (ADA), among others, have been printing a meteoric performance, while XRP keeps struggling to surge past $0.3 area. At press time, XRP is trading at $0.3015, with a 3.31% price downtrend in the last 24 hours.

Meanwhile, the virtual pretrial conference on the case has been slated for 22nd February 2021. XRP community is hoping for a favorable hearing, which is expected to subsequently boost the price of the embattled cryptocurrency.