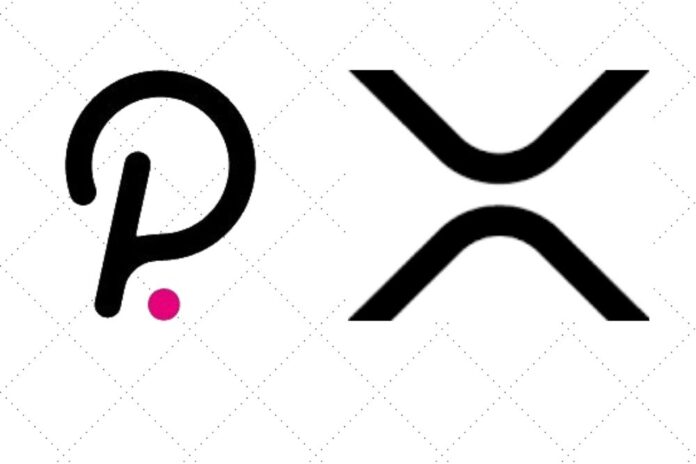 A lot of cryptocurrencies have shown a high level of performance lately and Polkadot (DOT) token is one of them. A couple of hours ago, when other digital currencies, including Bitcoin (BTC), were displaying a lethargic trend, Polkadot (DOT) was maintaining its surging trend.

According to the data provided by the leading analytics platform, Coingecko, the native token of Polkadot, DOT has displaced Ripple’s digital token XRP based on market capitalization, after a huge gain of about 26% over the last 24 hours.

This development has made Polkadot (DOT) the latest fourth-largest cryptocurrency by market capitalization.

Giving the data a closer look, the Polkadot (DOT) has surged from an intraday low of just below $11 to reach an all-time high of $14.80 before retracing to $14.45 at the time of filing this report.

According to  Coingecko, due to the massive price uptrend, DOT has pushed its market capitalization to around $13.7 billion.

On the other hand, XRP that currently occupies the 5th position in the market has only managed to print a 3.7% price uptrend over the last 24 hours, an increase not enough to take the cryptocurrency beyond $0.3. According to Coingecko, DOT’s market valuation now stands at $13.5 billion.

Stats from Polkadot’s official website estimate it has an even higher market cap of $14.8 billion using a circulation figure of just over one billion tokens.

Also, stats from Messari crypto are very similar to this and they also show that DOT has flipped XRP with a $3 billion difference in market cap.

But stats from Binance owned CoinMarketCap is showing something different from the stats on Coingecko and Messari crypto. CoinMarketCap reports that DOT supply is 10% lower.

The recent price trends printed by XRP can be termed as unusual. The lawsuit filed by the United States Securities and Exchange Commission (SEC) has been behind XRP’s lethargic growth lately.

All was going well with XRP until 22nd December 2020, when SEC hit Ripple with its regulatory hammer, which had XRP suffering ever since. XRP community members are hoping for a favorable verdict from the court, which would massively boost the price of the cryptocurrency.

Bitcoin (BTC) Would Be Extra Bullish Above $9,250 Resistance –Josh Rager

Just In: Brad Garlinghouse Addresses 5 Key Questions about the Legal...