According to blockchain data tracking bot, BTCpaser, about $15 million in BTC mined in the days of Satoshi Nakamoto has just moved for the first time in 10 years.

Read Also: Bitcoin Price: Top Analyst Tone Vays Stresses What Is Next for BTC after Breaking above $15,000 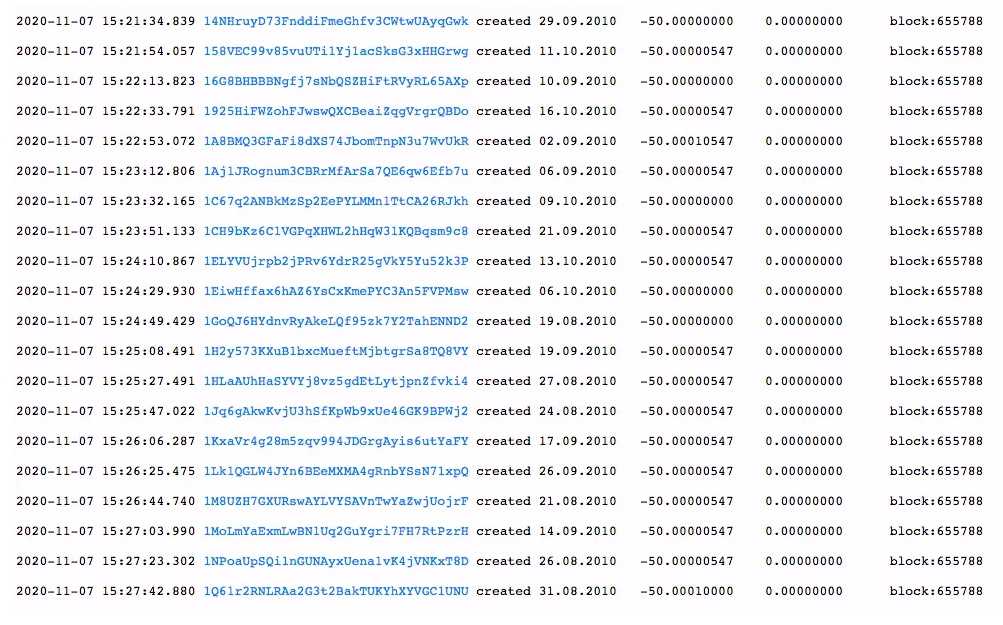 A closer look at the transfers reveals that the owner of the Bitcoin stash sent the coins to a BTC address with a history of only two transactions.

According to Blockchain.com, the address in question was later left empty after a series of transactions, making the transfer the fourth batch of early-stage Bitcoin to move in 2020.

Sometimes in October, $12 million worth of BTC was suddenly moved after ten years of dormancy, which raised discussions on whether the transaction was effected by the anonymous creator of Bitcoin, Satoshi Nakamoto.

Moreover, 50 BTC that was mined in 2010, when mining rewards were still in their initial stage of 50 BTC per block, was moved and reportedly transferred to the top cryptocurrency exchange Bitfinex.

Also, in May 2020, 50 BTC that was reportedly mined back in February 2009 suddenly came to life after being inactive for 11 years.

The movements of BTC mined before the sudden disappearance of Satoshi Nakamoto have been constantly monitored by crypto intelligence firms and independent researchers, in their quest to know whether the movements were initiated by the anonymous creator of Bitcoin.

In conclusion, it’s widely believed by the analysts that are keeping a close tab on blockchain data that Nakamoto mined and currently holding a total of 1 million BTC.

In the course of the just concluded United States presidential election, Bitcoin (BTC) started a significant price rally. But as soon as Joe Biden was declared as the U.S. President-elect, the price of Bitcoin began to trend downward.

However, the downward trend seems not to hold for too long. Bitcoin has once again regained its surging momentum. It’s now trending to regain $15,500 support. At the time of filing this report, BTC is trading at $15,434.28, with about a 3% price uptrend in the last 24 hours.