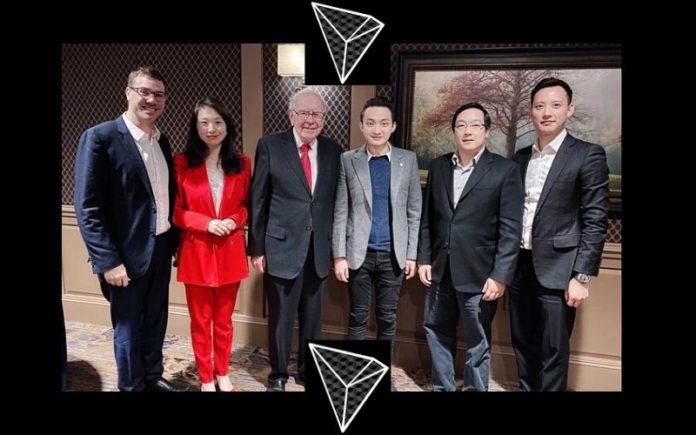 Justin Sun, the founder and CEO of Tron (TRX), has informed the cryptocurrency community via a tweet on 4th January 2021 that the billionaire Warren Buffett is not a Nocoiner as believed by virtually all crypto users.

According to Justin Sun in the tweet, the nonagenarian billionaire businessman is still in possession of his 1 BTC and about two million TRX gifted to him about a year ago.

Justin Sun tweeted, “Technically speaking, Warren Buffett is not a Nocoiner, he does own 1 BTC & over 1 million TRX. He is on a ride!”

Read Also: Justin Sun: Tron Remains the Second-Best Blockchain in the World, Ahead of Bitcoin and Ethereum

This may sound surprising since Buffett has times without number showcased his disinterest in investing in Bitcoin (BTC) or any form of digital currency.

Does Warren Buffett Believe In Bitcoin or Cryptocurrency?

In early 2020, the famous CEO of Berkshire Hathaway, popularly referred to as the Oracle of Omaha, continuously affirmed his disinterest in staking his hard-earned money in any form of cryptocurrency. He clearly spelled out his stance on cryptocurrency, especially Bitcoin, in a Squawk Box interview with CNBC’s Becky Quick.

According to Buffett, cryptocurrency as a whole has no value because it produces nothing.

It’s also worthy of note that the nonagenarian billionaire once described Bitcoin, the first and largest cryptocurrency, as a “rat poison”. In his words, he said Bitcoin is “probably rat poison squared.”

Sometimes in February 2020, the founder and CEO of Tron Justin Sun gifted Buffett a pair of Samsung Galaxy fold loaded with a little over 1 BTC, coupled with 1,930,830 TRX.

Read Also: Justin Sun Shares New Update about the Distribution of SUN Tokens to the Community

After receiving the gift, Buffett reportedly joked that he wished he was born later so that he could have received more tokens. He, however, denied holding any digital currencies.

Despite Buffett’s disinterest, Justin Sun informed trolls in his recent tweet that the billionaire is on a ride while they “have fun staying poor.”

Charles Hoskinson: $44B worth of Miners About To Get Fired By Ethereum Are Welcome To Mint ETC