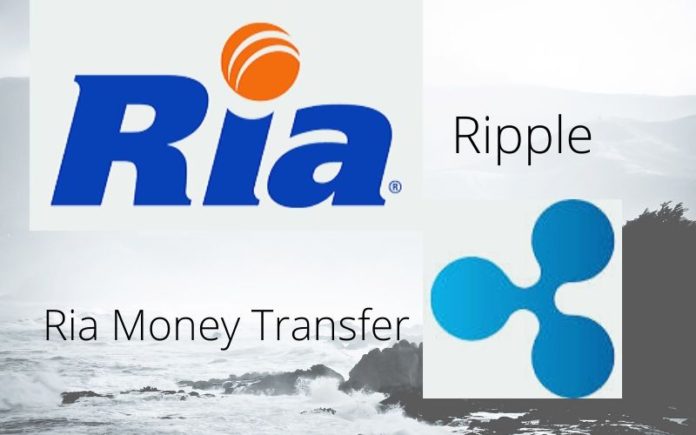 Ripple, the cross-border payment company based in the United States has confirmed its strategic work with Ria Money Transfer.

According to a report published by fxcompared, this will bring the two firms together in collaboration with a subsidiary of the Austrian Post.

The subsidiary named bank99 is a growing financial services firm. This will give the customers of the company the enablement to send money home via Ria network that possesses a wider global reach.

Ria Money Transfer boasts of nearly 400,000 sites in 160 countries across the world. The new service according to the report should start in the first week of April 2020.

The fact that RippleNet and Ria Money Transfer has been working together since 2019 is a big advantage to enhance the productivity of the collaboration.

RippleNet is purposely needed in the scenario to boost the speed of each online money transfer. Also, it’s capable of offering traditional financial institutions On-Demand Liquidity (ODL) such as its native digital token XRP.

According to Georg Pölzl, the CEO of the Austrian Post, the collaboration will grant bank99 the enablement to provide an outstanding service.

He said, “Fast, secure and convenient, that is what customers expect from a money transfer. With Ria Money Transfer we have found the ideal partner for our bank99 to offer our customers not only that right from the start but also a world-class service.”

He said, “This partnership presents a fantastic opportunity to strengthen our presence in Austria, and most importantly to support the Austrian Post’s legacy of reducing distances and promoting equality. We look forward to working alongside bank99 to continue our resolve to offer customers more choices and greater convenience.”

According to a report shared through Euronet, Ria Money Transfer will as well benefit from the partnership as it’s expected to increase choice for its customers.

Fidelity President Files for a New Fund Dedicated To Bitcoin