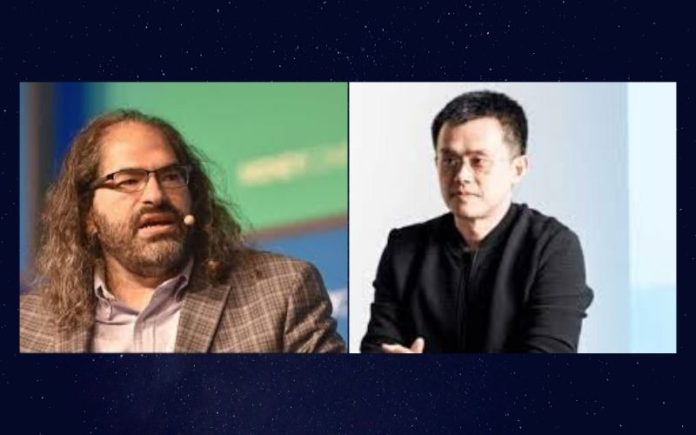 About 2 days ago, the CEO of Binance, Changpeng Zhao popularly known as CZ took to Twitter to share the reason why it’s necessary for the cryptocurrency exchange to delist some leveraged tokens from its trading platform.

He made his points clear in a thread of tweets, attracting a series of responses from several cryptocurrency enthusiasts. CZ’s clarification also called for the opinion of the CTO at Ripple, David Schwartz.

One of the reasons for delisting these tokens mentioned by CZ is the inability of many users to understand the tokens and their use cases.

Read the full statement as shared by CZ Binance below:

Re: Leveraged Tokens delisting. While these tokens rarely cause you to be liquidated, they will devalue over time as markets fluctuate up and down. They are not meant for long term holding. If you have an unrealized loss, holding for a come back is unlikely to work.

The main reason for delisting is we find many users don’t understand them. Even with pop-ups warning users each time, people still don’t read it. Given they are some of the most actively traded token, it is bad for business to delist them.

Not an easy choice. But Protecting users comes first. Seeing from comments in earlier posts, I expect some complaints still. If you dislike our decision for this delisting, check back on the prices of these tokens in a month time, and let us know if you still complain then.

The CTO at Ripple, David Schwartz, who has lately been active on the Microblogging platform also aired his opinion regarding CZ Binance assertion.

In his response, he pointed out that services could decide to automatically rebalance and deleverage the so-called leveraged token to make them perform as expected.

“What about a service that automatically rebalanced them for people with automatic deleveraging if leverage can’t be maintained to make it work like people expect it to over varied time frames? I can write up a description of how it would work if there’s interest,” David Schwartz responded.

What about a service that automatically rebalanced them for people with automatic deleveraging if leverage can't be maintained to make it work like people expect it to over varied time frames? I can write up a description of how it would work if there's interest.

According to a recent report, Binance is now in the final stage of talks to acquire CoinMarketCap. This deal could cost the cryptocurrency exchange up to $400 million.

The acquisition is expected to be announced this week. Obviously, the sealing of the deal will make it one of the largest acquisitions in the cryptocurrency ecosystem.

CZ Binance Suggests What Could Serve As a Sure Solution to...

Tobi Loba - September 14, 2020 0
We use cookies to ensure that we give you the best experience on our website. If you continue to use this site we will assume that you are happy with it.Ok