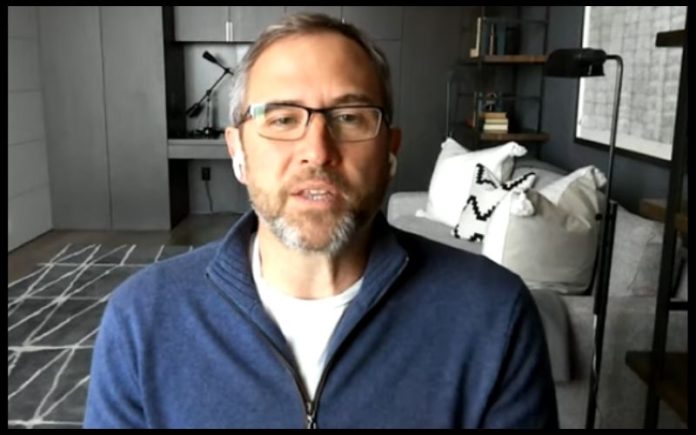 Recall that a host of Twitter accounts belonging to famous and wealthy people within and without the cryptocurrency ecosystem, such as CZ Binance, Elon Musk, Bill Gates, Barak Obama, Kanye West, Justin Sun, Joe Biden, among others, were compromised.

The Twitter accounts of some other firms related to cryptocurrency and blockchain such as Ripple, Binance, Coinbase, and others were also breached by hackers, with the interest of extorting Bitcoin (BTC) from their teeming followers.

Before all the compromised accounts got shut down by Twitter, the scammers had successfully accrued relatively $100,000 in BTC.

According to Garlinghouse, he’s finally able to access his account after days of being locked out. Giving his view regarding the takeovers that hit Twitter accounts this week, he said it has been generally agreed that the hack was not initiated by cryptocurrency, but caused by the vulnerability of the security of a social media platform.

He also mentioned the lethargic actions of major media such as Twitter, YouTube, and others, in curbing the perpetration of scammers.

Seems there is finally consensus across the board that this hack is NOT a crypto problem, this is a social media platform problem.

Malicious scams on Twitter, YouTube, and others have persisted for years without these platforms taking any real action or accountability to address the issue with more than a band-aid.

With consumers and (increasingly) governments rightfully furious, here’s hoping they’ll finally prioritize efforts to earn back our trust by taking the abuse of their platforms seriously.

The Introduction to XRP by an Exchange Claiming 9-figure ($) Daily...