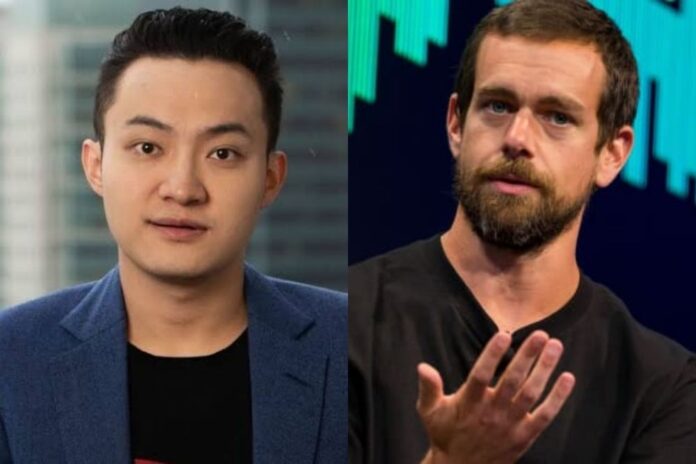 It was earlier reported by Herald Sheets that Jack Dorsey, the CEO of the popular microblogging platform Twitter, who owns the first tweet on the platform, decided to mint it on Cent, a service powered by Ethereum, in order to auction it off as a non-fungible token (NFT).

A couple of hours ago, the tweet received its first bid of $88,888.88 worth of ETH. While the auction remains available until Jack Dorsey accepts a bid, anyone can raise the bid to any price possible.

The tweet posted by Jack Dorsey on 21st March 2006 says “just setting up my twttr.”

A couple of hours ago, Justin Sun informed Jack Dorsey that he has made a $500,000 offer to purchase the minted tweet.

Justin Sun tweeted, “Hi Jack Dorsey, I made a half million USD offer to buy your first NTF.”

Hi @jack, I made a half million USD offer to buy your first NTF tweet: https://t.co/A8PYPTns76 @cent https://t.co/ijKWotsjfQ

Read Also: Justin Sun: Tron Remains the Second-Best Blockchain in the World, Ahead of Bitcoin and Ethereum

After making his bid known, reports had it that a higher offer came from another interested buyer, which possibly prompted Justin Sun to raise the bid to $2 million.

Justin Sun wrote, “I have updated my offer to 2 million USD.”

I have updated my offer to 2 million USD. https://t.co/i1xLKdTVPR

However, at the time of writing, the Twitter CEO has not accepted any bid. Who knows if the Tron founder could be the lucky buyer? $2 million is a lot of money, but it could be like a penny to a billionaire entrepreneur such as Jack Dorsey.

Skepticism of Crypto Community towards the Worth of NFTs

Many crypto community members have been showcasing their skepticisms regarding the prospect of non-fungible tokens (NFTs). Many think those tweets auctioned with a fortune would worth nothing afterward. So, they derive no importance in spending a lot of money on what might turn out to be valueless eventually.

Howbeit, some are of the opinion that the NTF marketplace is reserved for rich players and many of them are buying for the fun of it.