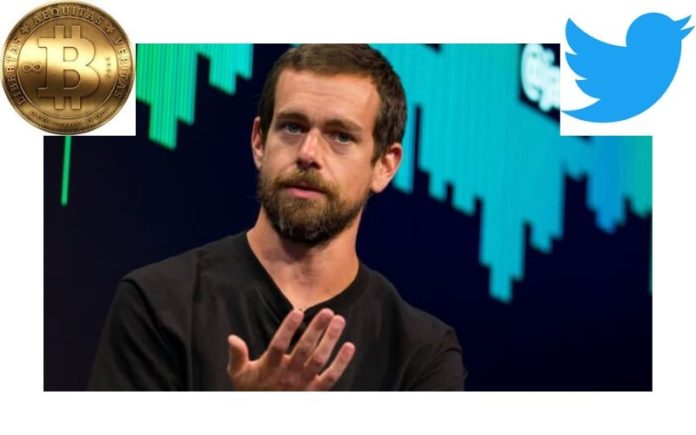 Jack Dorsey, the CEO of the most popular microblogging platform Twitter, seems to be in preparation for the most anticipated event in the cryptocurrency ecosystem, Bitcoin halving.

It has just been noticed that Jack Dorsey now has just one-word “#bitcoin” as his bio, indicating his readiness and expectation of what post having is bringing for Bitcoin enthusiasts.

A user identified on Twitter as Shalini called the attention of the crypto community members to this significant development.

In the tweet, she said as Bitcoin (BTC) halving counts down, Jack has just only one word, #bitcoin, in his public bio, indicating his full support readiness for the upcoming event.

Shalini shared this, “With just 17 Days left for Bitcoin Halving, the CEO of Twitter Jack Dorsey has just one word as his bio: #bitcoin.”

With just 17 Days left for #BitcoinHalving, the CEO of Twitter @jack has just one word as his bio: #bitcoin pic.twitter.com/RzUq75cLLE

This has since attracted responses from many crypto big guns, such as the CEO of Binance, Changpeng Zhao, popularly known as CZ. He indicated his excitement towards the development with the word “nice”.

Why is Bitcoin (BTC) Halving Significant?

Many crypto newbies have little or no knowledge about Bitcoin (BTC) halving. But the early adopters, who are now majorly referred to as Bitcoin whales have deep knowledge about the upcoming event.

The first having played out in 2012, while the second occurred 4 years later. This means Bitcoin halving comes every 4 years.

During the event, it’s generally believed that the miners’ rewards will be reduced by half (50%), which will result in scarcity. Demand for BTC is expected to be high, while the supply is low. This almost certain scenario could aid the price of Bitcoin to skyrocket in a matter of months after halving.

The post halving impact on the price of BTC in the past makes it convincing that history is about to repeat itself. At press time, BTC is trading at $7,100.18, with about 2% price increase based on 24 hours estimation. Time will do proper justice to argument on whether Bitcoin is priced in or not.

Charles Hoskinson: Steem Takeover Has No Impact on Cardano (ADA); Ouroboros Is Not a DPoS Protocol

Bitcoin is Old and Clucky, Future of Crypto Rests with the...