Just In: Brad Garlinghouse Addresses 5 Key Questions about the Legal Battle between Ripple and SEC 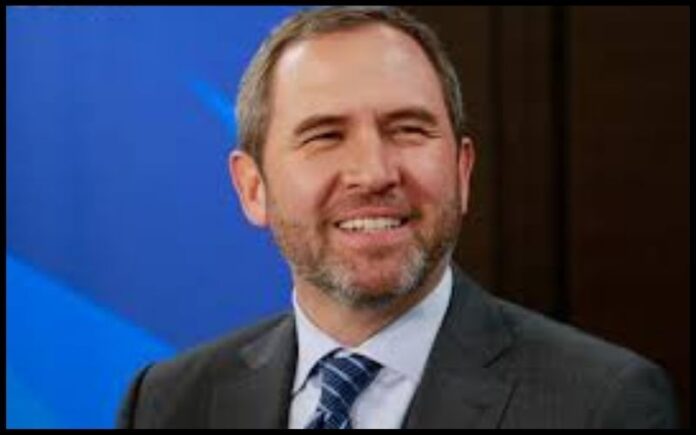 The chief executive officer of Ripple, Brad Garlinghouse, has in a series of tweets addressed five important questions in relation to the lawsuit between the payment firm and the United States Securities and Exchange Commission (SEC).

It can be recalled that SEC filed a lawsuit against Ripple and two of its top executives on 22nd December 2020, for the sale of unregistered securities for relatively seven years.

Since the lawsuit was brought to the public notice, there have been calls on Ripple to simply settle with the SEC to avoid dragging the case in court for a number of months. Many think it might be impossible for Ripple to win the case eventually.

In this regard, Ripple CEO took to Twitter moments ago to clarify the stance of the firm and some questions that have been going around the industry since the filing of the lawsuit.

“I’m not going to litigate the SEC’s unproven allegations on Twitter, and as you can imagine, there are new considerations to what can / should be said publicly after the litigation process starts. However, I would like to address 5 key questions I’ve seen.

“Q: Why didn’t Ripple settle with the SEC? Can’t get into specifics, but know we tried – and will continue to try w/ the new administration – to resolve this in a way so the XRP community can continue innovating, consumers are protected and orderly markets are preserved.

“Q: Did you pay exchanges to list XRP? When will it be relisted? XRP is one of the most liquid (top 3-5) digital assets globally, and 95% is traded outside the US. Ripple has no control over where XRP is listed, who owns it, etc. It’s open-source and decentralized.

“Delisting and halting are 2 separate things – most are halting trading. With 8 different govt agencies, each with their own (and sometimes opposing) views of crypto, U.S. market participants are facing conflicting policies and no surprise, some act conservatively.

“We’ve moved from lack of regulatory clarity to regulatory chaos in the U.S. This is why regulation by enforcement is such bad public policy. With the new administration, we expect DCEA to be reintroduced – common-sense legislation providing clarity to the entire industry.

“When are you responding to the SEC? Why are you silent? The legal process can be slow! Things may seem quiet, but there is plenty happening behind the scenes. We’ll be filing our initial response within weeks.

“Do investors have faith in Ripple? Yes, we have real shareholders. That is how you own Ripple equity – buying our stock, not buying XRP. We’re disappointed that Tetragon (who owns 1.5% of Ripple) is seeking to unfairly advantage itself through the SEC’s allegations.

“Did you pay customers to use XRP? We have provided some customers, especially first movers, w/ incentives to use ODL – this is building a payments network 101 (and totally lawful). Every payments network (PayPal, Visa, MC, etc) has or still uses incentives.

“We built a product that is the FIRST of its kind – integrating new infra comes with costs. ODL w/ XRP solves real problems with cost, speed, and settlement and that’s proven to the tune of billions of dollars.

“And that’s what I have for you today! No one is being silent, nor will we give up this fight. We’re on the right side of the facts and of history, and look forward to our day in court – as well as engaging with the new SEC leadership once appointed.”

Hoskinson Shares Image of an Ethiopian Bird. Has The Minister Signed The Cardano-Ethiopia Deal?