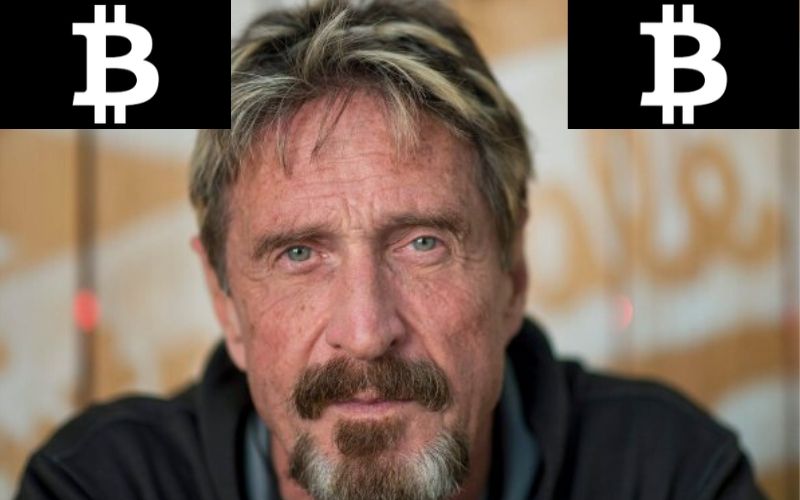 John McAfee, the internet security guru, who has once been a stern advocate of the first and largest cryptocurrency, Bitcoin (BTC), has once again displayed his disinterest in the cryptocurrency, by tagging it as worthless.

John McAfee had in the past thrown his weight behind the prospect of Bitcoin (BTC). He even predicted that Bitcoin (BTC) would be priced at $1 million by the end of 2020.

His advocacy for Bitcoin won the hearts of many Bitcoin enthusiasts towards him, as many believed he’s a crypto whale that has accumulated BTC in tons in the early days of the digital currency. But his interest and confessions lately now speaks otherwise.

This came about after John McAfee specially acknowledged the social and political influence of the popular Microblogging platform Twitter over the years.

He stressed that Twitter has been helping Presidents, especially Donald Trump, and other political leaders across the world, to reach millions of people. He concluded by saying averring that Twitter is the only social media worthy of use.

John McAfee shared this, “Twitter has 330 million users. Number 3 of the top Social Media platforms. Yet… Who is on Twitter?: Trump… And every political leader of the World… And me… It is the only Social media platform Worthy of use. If you doubt: … Check the stats…”

His comment without mentioning the extent that Bitcoin has aided his influence on the platform did not go down well with one of his followers, who replied by saying, “I think people follow you because of bitcoin.”

In response to the follower’s assertion, John McAfee utterly disclaimed his interest in Bitcoin (BTC), branding the cryptocurrency as worthless.

He said, “I have no clue. Bitcoin is worthless.”

I have no clue

Bitcoin (BTC) Price in the Market

The price of Bitcoin (BTC) is still changing hands below $7,000 resistance level. The digital currency had crossed the $7,000 price mark more once over the past few days. But it kept failing to hold the support level.

However, Bitcoin halving is counting down, which has been raising the hope of many Bitcoin holdlers. At the time of filing this report, BTC is trading at $6,783.74, with about a 1% price decrease in the last 24 hours.