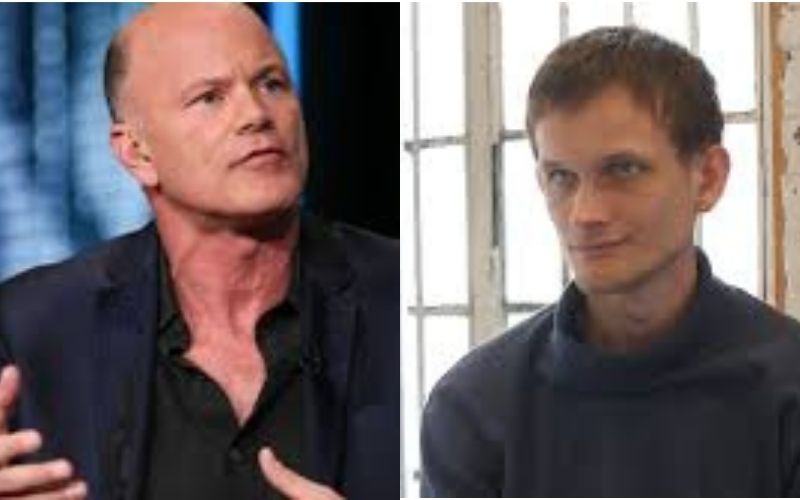 The founder and CEO of Galaxy Digital, Michael Novogratz, has revealed that his first purchase in the cryptocurrency market was 30,000 BTC and a 500,000 ETH he bought from Vitalik Buterin, the co-founder of Ethereum (ETH).

According to the crypto proponent, he made this huge purchase back in 2012, when the values of the two largest cryptocurrencies were not far from zero. He shared this in an interview with Alex Saunders from Nugget News.

In the course of the interview, the Galaxy Digital CEO also spoke about how his partner stopped him when he attempted to sell his Bitcoin holdings.

“A friend of mine asked me about Bitcoin… I did 15 minutes of research and was like ‘Huh, cool technology, libertarians like it. This was in 2012… The Chinese were buying it. I was like ‘It’s going to go higher.

“My first buys of Bitcoin were at about $95. They were very speculative. I bought it because I thought it would go up. And as I started looking at it and digging in, I thought ‘This could be cool.’ So I called up a friend of mine named Dan Morehead from Pantera… I said ‘Morehead, take a look at this, I don’t have enough time,” and after two weeks he called me back said ‘Dude this is going to change the world…

“So we decided… that we would buy a bunch of Bitcoin. And to Dan’s credit, he bought a lot. We were a lot richer than Dan at the time. He bought a lot of Bitcoin, about 30,000 Bitcoin for himself. So we were like ‘We’ll take $30,001,’ because we couldn’t let him have more than we had.

“I actually wanted to sell it at 1,000. That had been my plan – to sell it and buy a jet… My partner [Pete] Briger wouldn’t let me. He was so adamant… He’s like ‘ I’m doing you a favor. This is going to go so much higher. We don’t want to sell it ever.

The former hedge fund manager further revealed that he didn’t stop with Bitcoin (BTC) investment, but forged ahead to purchase 500,000 ETH when it was priced at around $0.99.

According to Novogratz, he bought this huge sum of ETH from the co-founder of Ethereum, Vitalik Buterin:

“My first Ether, I actually bought from Vitalik [Buterin]… I met him once at a dinner and he remembered me, but didn’t know me but they thought it was good for the community to have a Wall Street guy buying, so I bought half a million Ether at $99 cents.

“He changed the price on me at the last minute from $0.98 to $0.99, because I waited too long and the price went up. And then I really became much more of a crypto maniac.”