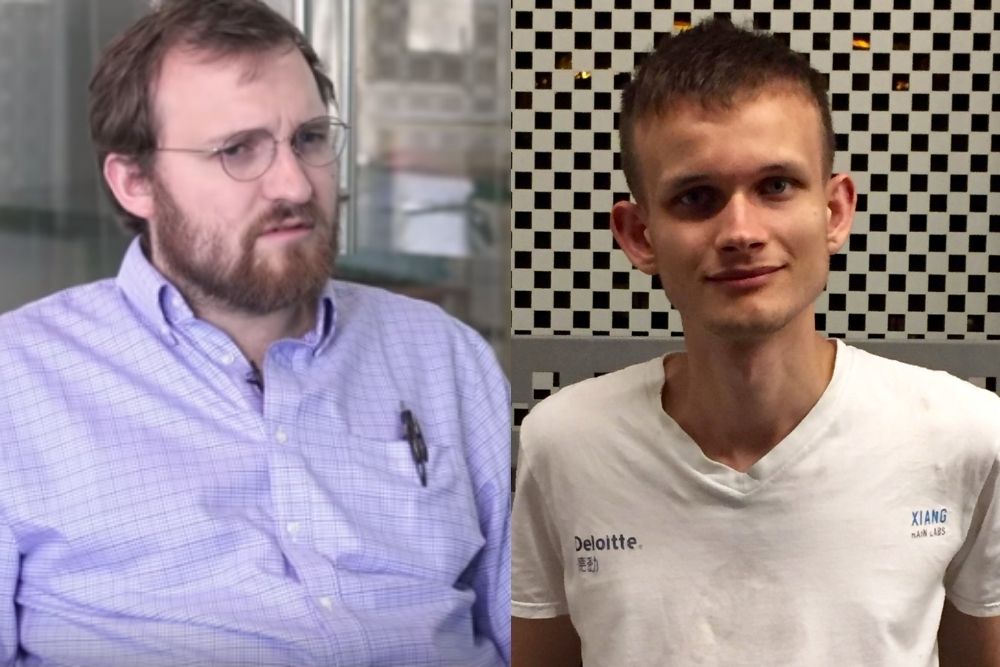 Cardano creator, Charles Hoskinson is seemingly coming to terms with his old friend, Vitalik Buterin, the co-founder of Ethereum (ETH). In a 15 minutes video, he acknowledged the maturity and confidence of the Russian-Canadian programmer following his recent appearance on the Lex Friedman podcast.

This came about after Vitalik Buterin spent about 8 minutes discussing Cardano and its capability. He went further to claim that Cardano has interesting ideas.

“I do think that Cardano takes a bit of a different approach compared to Ethereum, and they really emphasize these big academic proofs for everything. Ethereum tends to be more OK with heuristic arguments…There are definitely some very interesting things that come out of the IOHK research.”

Charles Hoskinson Says Ethereum Is One of the Greatest Innovations

In response to Vitalik Buterin’s take on Cardano, Charles Hoskinson, who has been in a meet-up with Cardano community members in Miami, made a 15 minutes video to say what he knows about his old project, Ethereum (ETH).

In the video, he pointed out that Vitalik Buterin has grown up to become more of a leader and confident over the years. He said Ethereum is better than Bitcoin because “it was the thing that gave everybody in the industry the ability to dream.”

“Vitalik I saw there is very different from Vitalik I had known. He’s matured enough, he looks physically older, and he’s a lot more of a leader and confident… I think we have both grown a lot. We met each other when we were both quite young. I was in my mid-20s, he was like 19 years old.

“Ethereum is a closed chapter in my life. And I have no desire to talk about Ethereum or the people there. However, Vitalik was kind enough to spend about 8 minutes talking about me and Cardano. And he gave a very diplomatic measure and mature answer. And so I figured that Lex Friedman will ask me in the interview, so I’m making this video… I will preanswer the question, because my hope is that instead of talking about Ethereum, we can talk about the space, the ecosystem, the technology, where we are going.

Read Also: Buterin Donates Over $1B to India Covid Relief and Other Charities after Offloading Massive SHIB Tokens

“I think Ethereum is one of the greatest innovations the space has ever seen more so than Bitcoin because it was the thing that gave everybody in the industry the ability to dream and that’s special. You know Bitcoin gave everybody the ability to believe that we can actually have some control on the monetary policy. We build a currency, we can build a payment system, we can build the different notion of money. But it didn’t do much other than pushing tokens around. It can’t do stablecoins, ICOs, DeFi, and identity, and things we come to know, love and care about.

“Then suddenly, Ethereum came out much like JavaScript came with the web browser and Ethereum gave every single person in the industry the permission to try go build something crazy…”