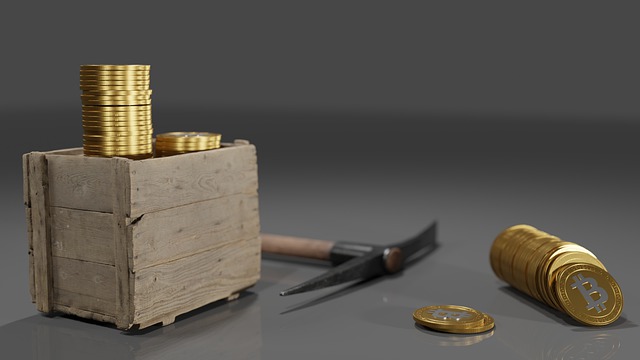 Canada-based blockchain firm, Hive Technologies, has purchased over 3,000 bitcoin mining rigs as it prepares for deeper involvement in bitcoin mining.

The green-focused bitcoin mining firm bought the rigs from the digital currency group (DCG), a Foundry Digital LLC subordinate company. The MicroBT M30S rigs have already been shipped to the firm’s Quebec facility in Lachute and the one in Grand Falls, New Brunswick.

Per the official release, part of Hive’s payment to Foundry will be in cash and while the other part will be in 1.6 million Hive warrants. Now, Hive can join Foundry’s USA pool with members such as Foundry (itself), Bitfarms, Hut8, and Blockcap.

While making remarks on the increasing movement of miners from China to North America, especially America and Canada, Frank Holmes (Hive’s executive chairman) said Hive’s entrance to become part of North American miners is further proof of its interest in being accountable and transparent to its partners.

Mike Colyer (Foundry CEO) also said that “part of our efforts in ensuring that we have a safe global bitcoin mining network is our partnership with Hive, and we greatly anticipate our future with them.”

With the addition of Hive to the miners’ pool, Hive will add about 265 petahash per second (PH/s) to bitcoin’s hashrate, which will now become about 831 PH/s, giving it an increase of about 47%. Using the prevailing bitcoin price, difficulty level, and these newly purchased mining rigs, Hive is set to earn at least $80K in more profits.

Hive’s data centers in Sweden, Iceland, and Canada are powered by green energy, and the company is known for using green energy for its mining operations. Until recently, Hive’s operations extended to Norway, but it sold that arm of the company after facing severe legal issues.

In a related development, the NASDAQ stock exchange has approved that the shares of Hive blockchain technologies be listed on the exchange.  Being listed on an exchange isn’t new to Hive as it is listed on the TSX venture exchange. But a listing on NASDAQ is proof of the firm’s growth to be a force in the bitcoin mining space.

The company’s website revealed that Hive has been accumulating most of its mined bitcoin and ethereum, which are held in safe storage. It further stated that the mining is done with green energy, which has no negative impact on the environment.

It is on record that the stocks of bitcoin miners usually outperform the virtual asset itself by long shots. For instance, various metrics prove that bitcoin has surged by almost 1,000% this year. But stocks of the biggest mining companies have surged by almost 5,000%.

Apart from outperforming the base assets, miners are also lending their voices to political issues that affect the crypto industry, especially mining. Recently, Zhang Nangeng (who heads Canaan Inc., a China-based, NASDAQ-listed firm focusing on bitcoin mining equipment) admonished Chinese authorities to soften their aggressive actions on bitcoin miners in the country.