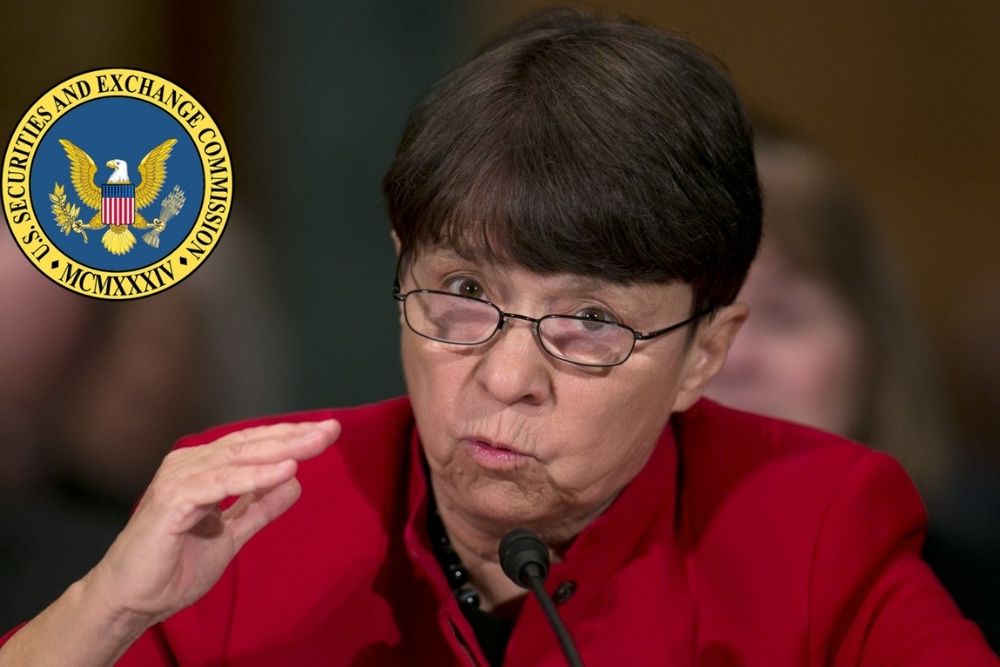 As the battle between Ripple, the San Francisco-based payment firm, and the United States Securities and Exchange Commission (SEC) intensifies, the former Chair of the agency, Mary Jo White, has thrown her weight behind the fintech and the digital token XRP in a new interview with Fortune Magazine.

In the course of the interview, White, who served as the SEC Chair between 2013 and 2017, pointed out that the SEC’s filing against Ripple lacks legal and factual substance:

“There’s no way to sugarcoat it. They’re dead wrong legally and factually.”

The Timing of the Lawsuit Looks Suspicious

According to White, for the filing to surface in late December 2020 when most of the top members of the agency, including the former chair, Jay Clayton, were preparing to leave, makes the lawsuit looks suspicious.

“As a former U.S. attorney and SEC chair, you know that when it takes that long to figure out a case you probably shouldn’t be bringing it. It’s not something I would do walking out the door.”

White argues that SEC’s reason for filing the lawsuit is misleading and that its struggle to bring up a regulatory framework for the cryptocurrency is leading it towards leaning on unsubstantial narrative.

She added that the SEC’s lawsuit is based on a random decision, considering the agency’s recent declaration that Ethereum (ETH) is not a security.

The SEC’s Lawsuit Comes At The Expense of Ordinary Investors

White also pointed out that the lawsuit has cost XRP’s market cap about $15 billion, claiming that this has primarily come at the expense of ordinary investors the agency is obligated to protect.

At the moment, the possible outcome of the lawsuit cannot be ascertained. However, White opined that the lawsuit could be resolved as early as October 2021, but she thinks that a settlement is likely between the two parties before the court’s final verdict.

“You have scarce resources [as chair], and you have to pick your spots. The crypto-landscape is a critical one, and there’s a crying need for clarity,” she said.