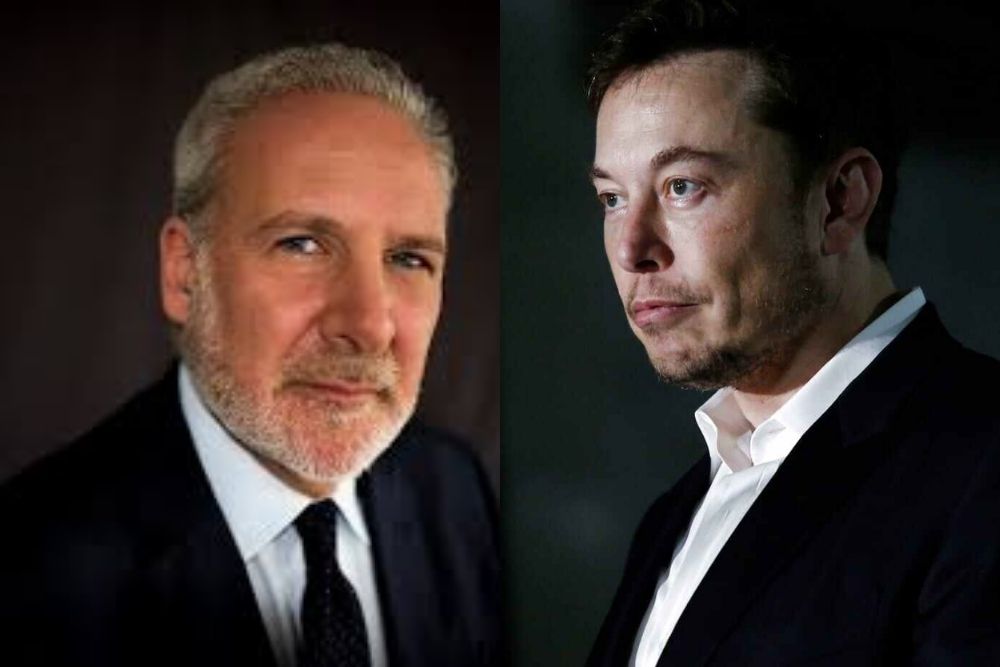 Elon Musk, the CEO of the electric car company Tesla, had no choice but to reply Peter Schiff with an eggplant emoji, which represents a di*k according to dictionary.com, after criticizing Tesla’s decision to add $1.5 billion to its balance sheet.

Peter Schiff has been a thorn in the flesh of crypto enthusiasts, especially Bitcoin fans, for quite a long time. He has recently shifted his usual attacks towards Tesla’s CEO, Elon Musk, after the latter initiated a whopping $1.5 billion purchase of Bitcoin (BTC) for the car manufacturing company.

Peter Schiff had taken to Twitter to highlight the loss incurred by Tesla for deciding to buy such a whopping amount of Bitcoin (BTC) with stakeholders’ money.

Over the past hours, Bitcoin (BTC) has been experiencing a significant price plummet along with altcoin markets. The negative trend has managed to push BTC below $50,000 support from a relatively $56,000 price level.

According to CoinMarketCap, Bitcoin has lost over 15% of its accumulated value. This trend has boosted Schiff’s morale to taunt Elon Musk, calling him a bad example among CEOs.

According to the gold maximalist, due to Elon Musk’s decision, Tesla stock entered the bear market, plunging 20% from its all-time high it attained in late January 2021.

Peter Schiff tweeted, “Two weeks after Elon Musk announced that he spent $1.5 billion of shareholder money buying Bitcoin, Tesla stock entered a bear market, plunging 20% from its all-time high set on Jan. 25th, and 16% since disclosing the Bitcoin buy. Not an example other CEOs will likely follow!”

Two weeks after @elonmusk announced that he spent $1.5 billion of shareholder money buying Bitcoin, #Tesla stock entered a bear market, plunging 20% from its all-time high set on Jan. 25th, and 16% since disclosing the #Bitcoin buy. Not an example other CEOs will likely follow!

Elon Musk Replies With an Eggplant that Implies a Di*k

Seeing the above tweet from Peter Schiff, Elon Musk had no choice but to reply him with an eggplant emoji that represents a di*k.

Peter Schiff also received a heavy load of backlashes from cryptocurrency enthusiasts for spending too much time questioning others’ investment decisions.