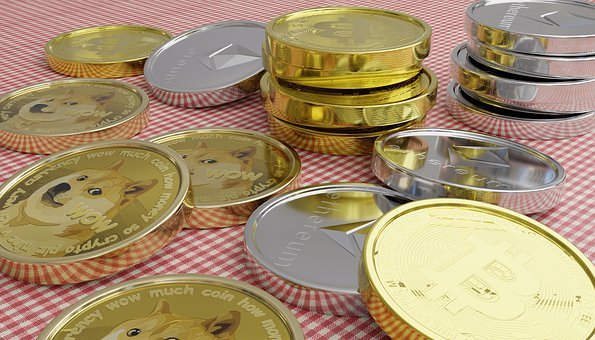 Meme cryptocurrency, Dogecoin has birthed many other meme tokens since it came to the limelight. One of its spin-offs, Floki Inu made an impressive run earlier on Monday, thanks to Dogefather, Elon Musk. In his usual manner, the Tesla billionaire had released a photo of his new dog named Floki after tweeting about giving his dog such a name back in March.

While Floki Inu capitalized on Elon’s tweet to register an uptrend on its price, the original meme token, Dogecoin merely registered a 5% move to the upside since trading at the $0.23 price mark following a correction on the entire crypto market. As of press time, Dogecoin has lost its 5% gain on the day as the market lull continues on Monday.

The Floki Inu token burst into the crypto scene the day Elon Musk had announced the name he would give to his dog. Created on low-cost Binance Smart Chain (BSC), the spin-off token is being traded on BSC-based DEX, Pancakeswap and Ethereum-based Uniswap currently. The token is yet to receive listings on any centralized exchange, perhaps due to its novelty. Shiba Inu, another spin-off of the original meme token, has received on most leading crypto exchanges, including Binance and Kucoin.

Floki Inu seems to have a tangible utility unlike its provenance. The token is deflationary and hodlers are rewarded for holding the token via a DeFi activity known as auto farming. Elon Musk’s March tweet’s about getting a dog of the Shiba Inu breed had a domino effect including seeing Dogecoin attain an all-time high of $0.73 later in April.

Although Dogecoin’s meteoric growth owes to Elon Musk’s promotion after picking interest in the token earlier this year, lately, the token has been unresponsive to the billionaire’s shilling. In July, Elon Musk’s two attempts to push prices up were met with stiff resistance as Dogecoin suffered the downtrend that plagued the market alongside other altcoins.

Still, the entire Dogecoin community has Musk to thank for leading the meme crypto to its present state and the recent reconstitution of the Dogecoin Foundation, which went extinct in 2014, a year after the token’s creation. The foundation comprises the two founders Billy Markus and Jackson Palmer, members of the dev team and two new additions in the persons of Ethereum creator Vitalik Buterin and a representative of Elon Musk. The latter two will play advisory roles in the reinstated foundation.

Meanwhile, the traction Dogecoin has been able to pull off has contributed to a surge in the demand for the Shiba Inu dog breed. Concerns have likewise risen as to what this means for the dog breed and owners. According to professional Shiba dog carer, Jeri Burnside, the Japanese dog breed is not an ordinary one and should not be assessed by mere face value. Burnside noted that the increasing demand is likely to lead to the proliferation of backyard puppy farms.