DigiByte Is Not a Token; DGB Has Been Independent since Inception –Jared Tate 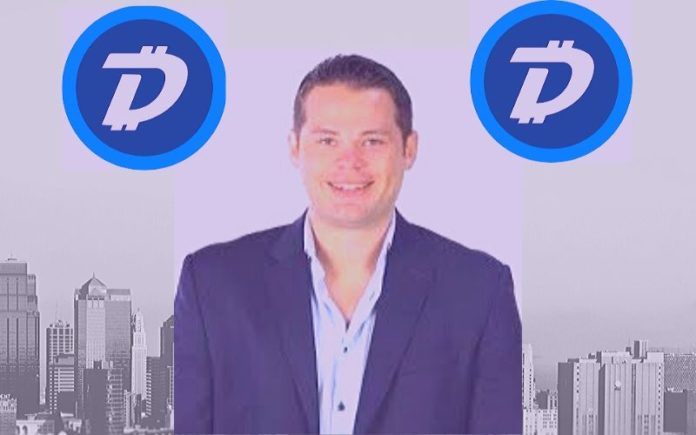 The creator of DigiByte (DGB), Jared Tate, has stated that DigiByte (DGB) has been its own independent blockchain and protocol since inception.

Jared Tate made this known in a tweet he shared a couple of hours ago. According to Tate, the tweet is meant to enlighten the beginners about the cryptographic project DigiByte.

In the tweet, he stated that DigiByte is not a token, saying DGB is a truly decentralized grassroots cryptocurrency that is not under the influence of any central company.

He also stated that DGB has been its own independent blockchain since 10th January 2014, adding that there was never an ICO or fundraise.

Jared Tate shared this, “One more tip for beginners. DigiByte is not a “token.” DGB has been its own independent blockchain & protocol since day 1 on January 10th, 2014. There was never an ICO or fundraise. Its a truly decentralized grassroots cryptocurrency with no central company controling it.”

One more tip for beginners. #DigiByte is not a “token.” $DGB has been its own independent #blockchain & protocol since day 1 on January 10th, 2014. There was never an ICO or fund raise. Its a truly decentralized grassroots cryptocurrency with no central company controling it. pic.twitter.com/yYPVjLBlG4

The creator of DigiByte (DGB), Jared Tate, went further in his quest to enlighten the newcomers in the blockchain industry. In a series of tweets, he pointed out that the data published by CoinMarketCap regarding cryptographic projects cannot be trusted.

Read his statement in details as shared on Twitter below:

“Another important tip for blockchain beginners. You need to understand the MarketcapFallacy. Aka how bad using “MarketCap” is for evaluating projects. Yes people are excited to see DGB in “top 30” but in reality we are top 5 in actual decentralization & network security.

“The CoinMarketCap ranking is a horrendous & blatantly deceitful picture of the crypto industry. On that list, you have numerous projects ahead of DGB that are not only 100% pre-mined, pre-issued & centrally controlled but they are not even actual blockchains.

“I explain this in much greater detail in my book Blockchain2035. The difference between protocols and projects. The majority of projects in this industry claiming to be “decentralized” are far from it. Education is key to helping prevent newcomers from getting burned.

“Many more of the projects ahead of DGB have artificially inflated marketcaps. i.e if you pre-mined 100 billion coins, yet only release 10 billion into circulation & count the other 90 billion in marketcap you create fake vapor value. When you compare that to a project like DGB

Which has 100% of all coins counted in real-world circulation you get a much truer valuation. Often times many crypto projects have a handful of insiders sitting on the majority of coins which then pay twitter bots & market makers to fake volume & momentum.”

Its important to research a project and find out for yourself how decentralized it really is. If it has a CEO and a company behind it. Its not decentralized.

Bitcoin Whale Drains Wallet Containing $936M worth of BTC for A transaction Fee Of $0.48