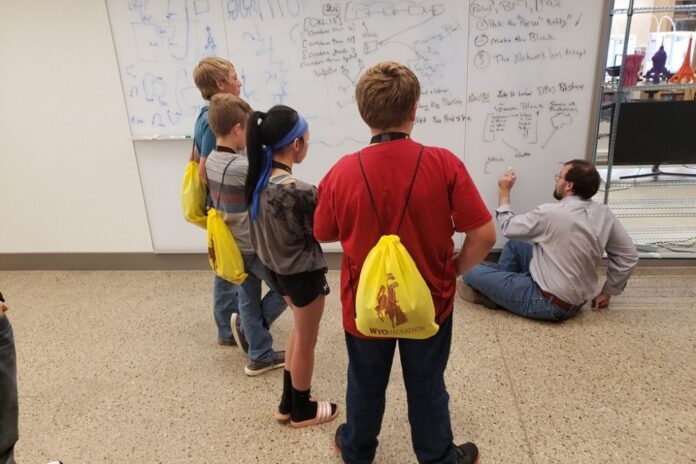 The CEO of IOHK, Charles Hoskinson, who created the Ethereum-killer smart contract platform, Cardano (ADA), has been spotted teaching a set of children about blockchain technology.

A picture from the class of four children was shared a couple of hours ago by Jesse Smith, the co-founder of Cryptobounty, who is a teacher and a stern blockchain and tech enthusiast.

According to Smith, the middle school students gathered the courage to approach Hoskinson for in-depth knowledge about the nascent and fast-growing technology, blockchain.

Captioning the picture, Jesse Smith tweeted, “You know, in light of recent drama, I would like to share an interaction I had with Charles Hoskinson. Here is Charles, after one of our middle school students gathered the courage to approach him and ask questions about blockchain. I took this picture. He is the genuine article.” 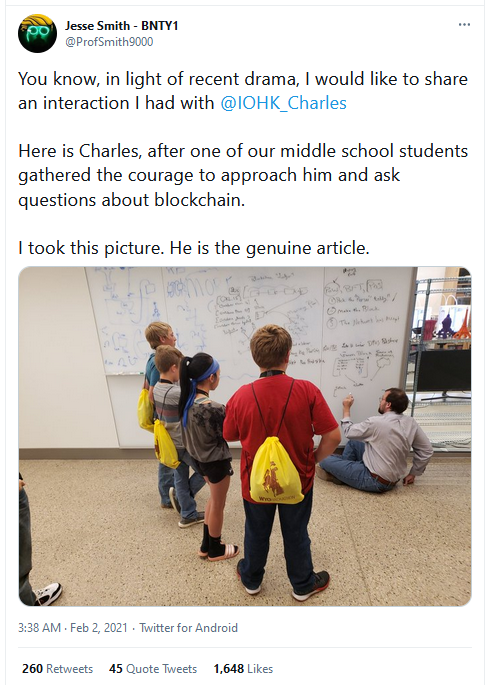 The picture has been trending on various social platforms since it was shared a couple of hours ago. Many crypto enthusiasts have been praising Hoskinson’s action, seeing it as the best means to catch them young for the technology of the future.

According to the report, the hard fork named Mary is going to implement a crucial testnet update. With this hard fork, Cardano (ADA) begins experimenting with Goguen-specific token minting mechanisms.

IOHK tweeted, “Today at 20:20:16 UTC (the next testnet epoch rollover) we’ll hard fork the Cardano Testnet & apply the Goguen native token upgrade (aka ‘Mary’), transforming it into a multi-asset network. Next comes mainnet, targeted for the end of February. Onward.”

Today at 20:20:16 UTC (the next testnet epoch rollover) we’ll hard fork the #Cardano Testnet & apply the #Goguen native token upgrade (aka ‘Mary’ ), transforming it into a multi-asset network. Next comes mainnet, targeted for the end of February. Onward.https://t.co/C6uGDeUvGV

As a result, Cardano (ADA) becomes a multi-asset network. This upcoming update is one of the last ones before the mainnet upgrade slated for the end of February.

Goguen era will herald two main achievements for this Cardano (ADA). Control over blockchain mechanisms will migrate to staking pools. But the most important aspect is the fact that Cardano (ADA) becomes a programmatic blockchain. Its smart contracts will be able to empower decentralized applications (dApps).