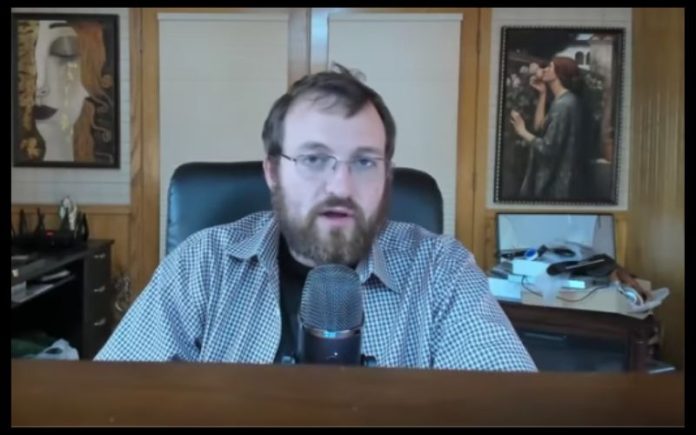 The CEO IOHK, Charles Hoskinson, who doubles as the co-founder of Cardano and Ethereum, has recently pointed out that ADA will rise again after another major event, stating that there is no slow bleed of ADA. This came in response to an agitating Cardano investor.

Virtually all investors across all the minor and major cryptocurrencies are anticipating another moonshot that is capable of taking their choice digital currencies to a significant price level in the crypto market.

A supposed Cardano investor took his frustration about the slow growth of the digital token ADA to Twitter.

In the tweet, the user tagged the CEO of IOHK, Charles Hoskinson, stating that the accuracy of Cardano road maps does not give room to sudden big news that is capable of impacting the price of ADA positively.

He then systematically called on Hoskinson to initiate surprises that could make ADA holders smile to the bank.

The user tweeted, “The reason I think the slow bleed in Cardano is because we all now know how accurate the road maps are now. Really hope Charles Hoskinson has some surprises for us when we least expect it.”

In response to the Cardano user’s concern, Hoskinson bluntly stated that there is no slow bleed of ADA as insinuated by the user. He mentioned the past positive reaction of ADA to major events, emphasizing that such a scenario will resurface.

“There is no “slow bleed” of ada. There was a massive surge followed by the market discovering a new stable point. It will do so again after another major event. It’s predictable and every ecosystem sees it,” Charles Hoskinson responded. 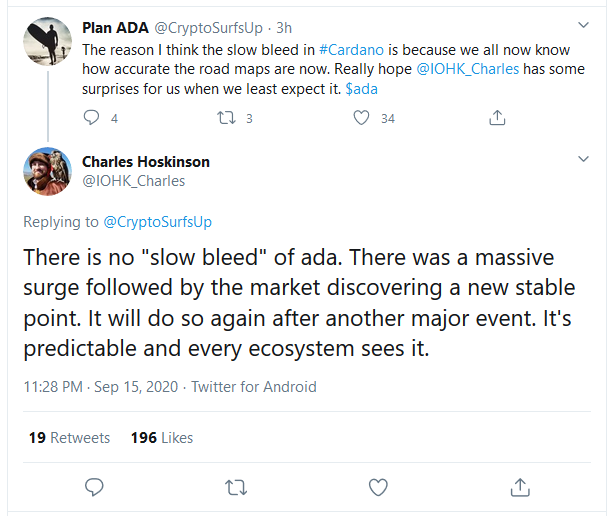 At the moment, almost all the top cryptocurrencies in the market are experiencing a huge price correction. The slow growth mentioned above by the user has allowed other digital tokens to displace Cardano (ADA) from its position among the top ten digital currencies.

Cardano has now dropped to 12th position based market capitalization. At the time of publication, ADA is trading at $0.091216, with a 5.44% price downtrend in the last 24 hours.

Charles Hoskinson Says 2020 is Our Year as Incentivized Testnet Targets...