The CEO of IOHK, Charles Hoskinson, has recently hinted at a plan to build open protocols that are capable of challenging Apple’s supremacy in the industry.

It’s becoming obvious that the bigger a private company is, the more a centralized government has control over it. Big techs and businesses have worked over the years to dance to the tune of governments. It even takes them to the point of abusing their platforms to destroy free speech.

This ever ending trend has recently called for the reaction of the Cardano creator and mathematician, who can’t wait to challenge either of these big techs someday.

Reuter had published an article with a title on Twitter that says “Apple threatens to remove Parler social networking service from App Store.”

According to the update, Alphabet Inc’s Google had on Friday 8th January 2021 suspended the Parler social networking app from its Play Store until the app adds “robust” content moderation, while Apple also sent a warning to follow suit within 24 hours, if it fails to submit a detailed moderation plan.

It’s worthy of note that Parler is a social network to which many supporters of President Donald Trump have migrated after being banned from services including Twitter Inc that permanently suspended Trump’s account.

Considering Hoskinson’s response, he seems not okay with such developments. Being an expert developer, he thinks he’s capable of challenging these undemocratic acts and bring freedom of speech back to the people.

Charles Hoskinson tweeted, “Thank you Apple for making cryptocurrencies even greater. Please continue to abuse your platform and Destroy free speech. I cannot wait to build open protocols that will eat your lunch.”

Thank you Apple for making cryptocurrencies even greater. Please continue to abuse your platform and Destroy free speech. I cannot wait to build open protocols that will eat your lunch https://t.co/AEYY3QVXVK

Hoskinson is a tech expert with a lot of great achievements to his name. He probably has a ground plan to build open protocols aside from the current project development he oversees.

Ethereum Co-Founder Hints On What To Expect Following The Merge 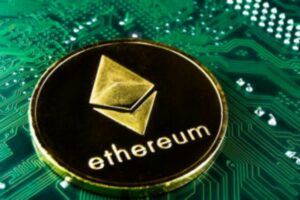 Ethereum Co-Founder Hints On What To Expect Following The Merge 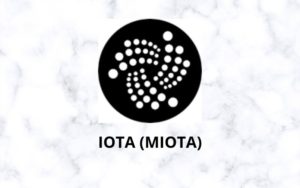