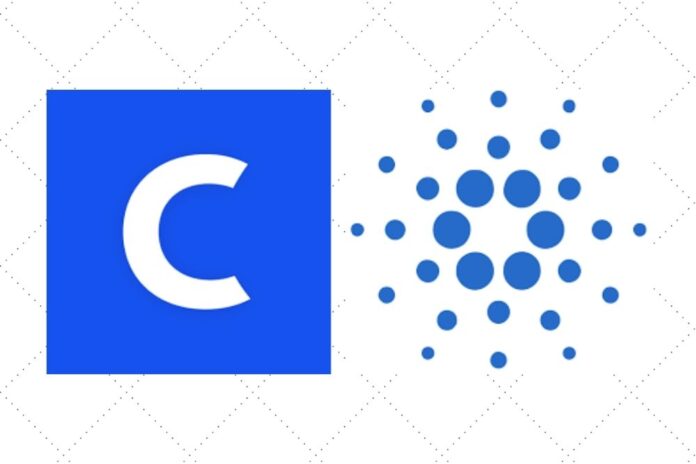 Coinbase, the largest cryptocurrency exchange in the United States, has announced that Cardano (ADA), the third-largest digital currency by market capitalization, is available on its trading platform.

According to a press release published by the exchange moments ago, the trading of Cardano (ADA) is now supported at Coinbase.com, Coinbase Android, and iOS.

Coinbase tweeted, “Cardano (ADA) is launching on Coinbase.com and in the iOS and Android apps within the next 15 minutes. You may need to refresh your app to properly buy, sell, convert, send, receive, or store ADA. We will update when ADA is fully live.”

Cardano (ADA) is launching on https://t.co/bCG11KMQ6s and in the iOS and Android apps within the next 15 minutes. You may need to refresh your app to properly buy, sell, convert, send, receive, or store ADA. We will update when ADA is fully live. https://t.co/Zw1Cmn6N17

“ADA is now live on Coinbase.com and in the Coinbase iOS and Android apps. Coinbase customers can log in now to buy, sell, convert, send, receive, or store ADA.”

A Milestone for Cardano Ecosystem

So, Coinbase users can now buy, sell, convert, sell, receive, or store ADA in all Coinbase-supported regions. This is indeed a dream come true for Cardano enthusiasts

According to the report, the exchange listens to the request of customers before considering the addition of new digital assets, which also brought about the support for Cardano (ADA) on the trading platform.

The new development is seen as a milestone in the Cardano ecosystem. Cardano community members waited for quite a long time for this notable achievement.

Cardano (ADA) has remained stable in the market since the new development was brought to the notice of the public. It’s currently holding its recently occupied third-position firmly.

PayPal in Talks to Acquire Cryptocurrency Firms, Including BitGo