Input Output Hong Kong (IOHK), the research and development firm behind Cardano (ADA) led by Charles Hoskinson, has announced the launch of a $500,000 fund, the next stage in the advancing Project catalyst, an integral part of the rollout of the Voltaire element of the Cardano roadmap.

How Users Can Manage Fund 3

According to the report, Cardano community members can submit proposals for the future developments of the Cardano blockchain in Fund 3, and decide via Catalyst’s novel ‘on-chain’ voting process.

The successful completion of Fund 2 that saw $250,000 allocated to fund community-generated projects, brought about the launch of Fund 3, with $500,000 allocation.

During the ‘Fund 2’ round, a lot of proposals were welcomed, including proposals based on bringing improvements to Cardano, adoption of Cardano in West Africa, and lowering of entry barrier for developers on the Cardano network.

Project Catalyst aims to be the largest decentralized innovation fund in the world, with 1752 community members registered to vote. The number of registered voters has already exceeded the number of unique voters in other notable projects such as Dash and the top 100 decentralized autonomous organizations (DAOs) of Ethereum.

Project Catalyst will welcome the full decentralization of Cardano blockchain because it’s next in Cardano’s journey to hand over the governance of the platform to its community. Catalyst aims at inspiring a wide range of ideas projected at enhancing the Cardano ecosystem as a whole.

Reacting to this new development, the CEO of IOHK, Charles Hoskinson said:

“The founding principle of Cardano is decentralized control. This principle encompasses not only the marginalized people that Cardano will empower, but also how the platform is run. Through Project Catalyst and its associated funds, all Cardano community members can play a role in deciding the future of the platform.

“Thousands of people came together to generate, refine and prioritize funding for proposals to drive Cardano forward, and we look forward to watching as Project Catalyst grows to become the world’s largest decentralized innovation and funding platform.” 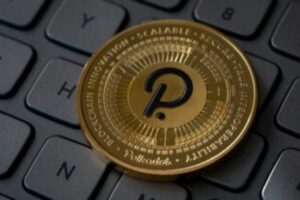