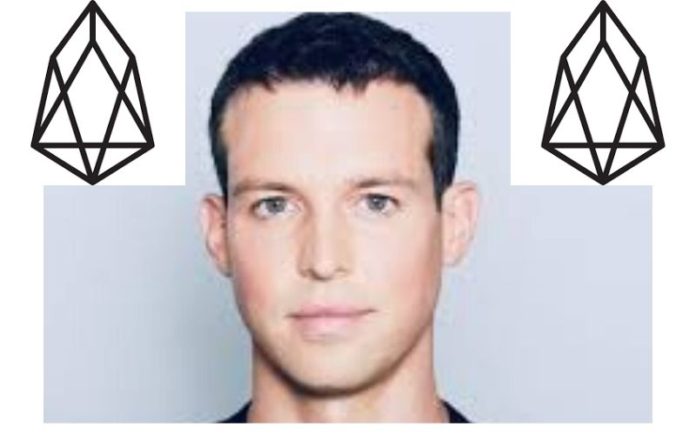 The CEO of Block.one, Brendan Blumer, has recently stated the level of importance Block.one places the success of EOS.

Blumer shared his thought in a series of tweets a couple of hours ago. In the tweets, he discussed the approach taken by Block.one towards the EOS’s distributed autonomy.

He then acknowledged that EOS is an unprecedented open-source collaboration, which indicates the necessity of autonomy in the ecosystem. He further stated that the autonomous success of EOS is paramount to Block.one.

As CEO of B1, I get to see many sides of the EOS community across the world which is extremely rewarding and insightful, but it also comes with daily exposure to those that have a different vision for how we should spend our time and resources.

As CEO of B1, I get to see many sides of the #EOS community across the world which is extremely rewarding and insightful, but it also comes with daily exposure to those that have a different vision for how we should spend our time and resources.

Read the rest of Brendan Blumer’s thought as shared below:

EOS is the first major public network to be launched with EOSIO software and it has quickly become one of the largest dapp ecosystems globally, so we take our involvement seriously because the stakes are high.

While we continue to advance EOSIO through R&D, developer feedback, and our own application, we believe it is what B1 doesn’t do for EOS that makes it so revolutionary. This informs our measured approach to prioritize its distributed autonomy.

I am aware that there are other companies/foundations which take a more centralized approach in how they have exposure to tokens, operate the network, and control its future, but EOS was designed without that possibility, and we don’t believe that it would maximize its potential

The EOS community is extraordinarily diverse and I am thankful that so many of you engage so heavily with me. I wish there was a way to make all of you happy all the time, but between token holders, dapp authors, network operators, and even regulators there is an enormous set of considerations that must go into everything we do and trade-offs that we must choose between.

That said, through our PBE team, we are actively working on our first steps in voting, and the subsequent plans related to our engagement.

EOS is an unprecedented open-source collaboration, and its autonomous success is of paramount importance to B1, and me personally. The road ahead is very exciting, and we will get there together.

Sunny Lu: VeChain (VET) Will Not Miss Out on the Surge in Popularity of Digitalization

Stellar’s Top Development of the Past Week: Release of Stellar Core v12.5.0