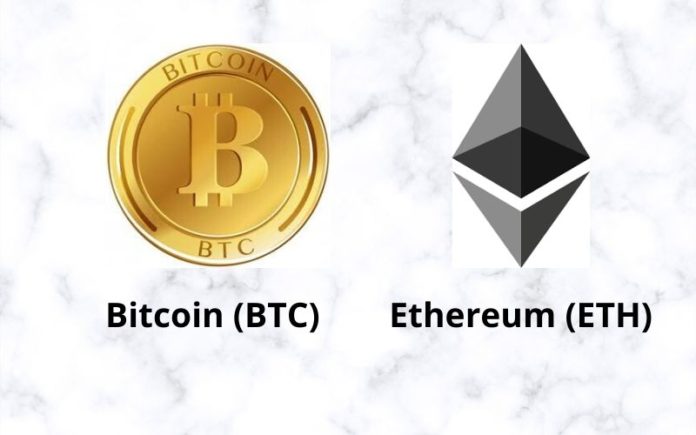 According to the monthly Crypto Outlook Report released by the team of researchers at Bloomberg, Ethereum (ETH), the second-largest cryptocurrency, is poised to surpass the flagship digital currency, Bitcoin (BTC), in terms of market capitalization.

Going by the report, the use cases embedded in the Ethereum network, such as decentralized finance (DeFi) and the role played by the digital token ETH for the progress of the crypto ecosystem, will keep pushing Ethereum towards surpassing Bitcoin (BTC).

The research report further pointed out that Ethereum continued to gain market share against Bitcoin (BTC), citing the fact that the cryptocurrency’s market cap is now half of Bitcoin.

“Ethereum on Track to Surpass Bitcoin Market Cap. Emphasizing the benefits of diversification, notably in an asset class as nascent as cryptos, the trend that appears enduring is Ethereum gaining market share vs. Bitcoin. Both have bullish underpinnings, but the foundation and use case of No. 2 is a strong complement to the more macro store-of-value attributes of No. 1.

“Our graphic depicts volume as a leading indicator for advancing Ethereum (ETH), which has attained the 50% mark vs. Bitcoin in terms of market cap. ETH’s 10-day average trading volume from Coinmarketcap has about doubled toward 80% of Bitcoin’s from the start of 2021.”

Read Also: Ethereum (ETH) Joins the List of 100 Largest Assets in the World

According to the CoinMetrics-powered Money Movers website, the Ethereum network processed more value in stablecoins than value processed by Bitcoin (BTC), the largest cryptocurrency by market capitalization.

This report was shared on 4th June by a Twitter handle dedicated to documenting Ethereum (ETH).

This implies that Ethereum (ETH) has become a more important instrument of moving value than Bitcoin for the first time in history.

The usage of Ethereum blockchain skyrocketed in the first quarter of 2021. For a good comparison, Bitcoin (BTC) processed $13.73 billion in late April, while Ethereum (ETH) managed to settle $27 billion in 24 hours.

At the time of filing this report, Bitcoin is still maintaining the same value, while relatively $55 billion is been processed on the Ethereum network on a daily basis.

Sunny Lu: VeChain (VET) Will Not Miss Out on the Surge in Popularity of Digitalization