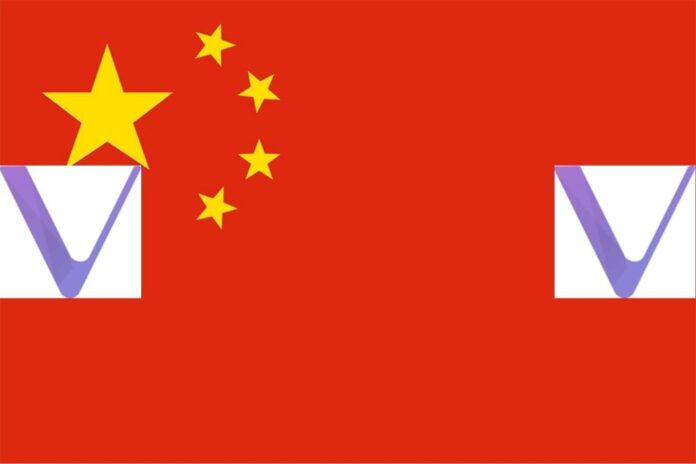 VeChain, the leading enterprise blockchain platform and its native token VET, continue to gain media attention due to the significant impact of its use cases in the society and world at large.

In a recent interview with Express.co.uk, a popular crypto commentator and founder of CryptoSrus, George Tung, stated that China is capable of making VeChain (VET) Dethrone Ethereum (ETH), the largest smart contracts platform and second-largest cryptocurrency by market cap.

According to George Tung, China is possibly working on its digital Yuan with VeChain due to the ties between the country and the blockchain platform.

“China cultivates their own and Vechain is the biggest blockchain company by far within China. They have all the ins.”

He suggests further that China will always look after its own since the team behind the development of VeChain is based in the country.

Tung cited a report about the VeChain Foundation’s meeting with the representatives of the Shanghai Changning and Huangpu District Government, to discuss potential transformative collaborations, indicating the readiness of VeChain (VET) to add value to society.

He said, “Look at the partnerships Vechain has, China Unicom, PICC, Shanghai Gas among others, these are all Chinese state-run companies. There is no way they are able to work with Vechain without some close ties.”

Express.co.uk also referred to the list of 2020 “Ethereum Killers” written out by JP Buntinx of Cryptomode, where VeChain (VET) was highly ranked.

“Some of the world’s biggest brands are already experimenting with Vechain’s technology, including Walmart,” JP Buntinx said.

However, JP Buntinx pointed out that despite the stern competition, Ethereum (ETH) won’t be dethroned easily.