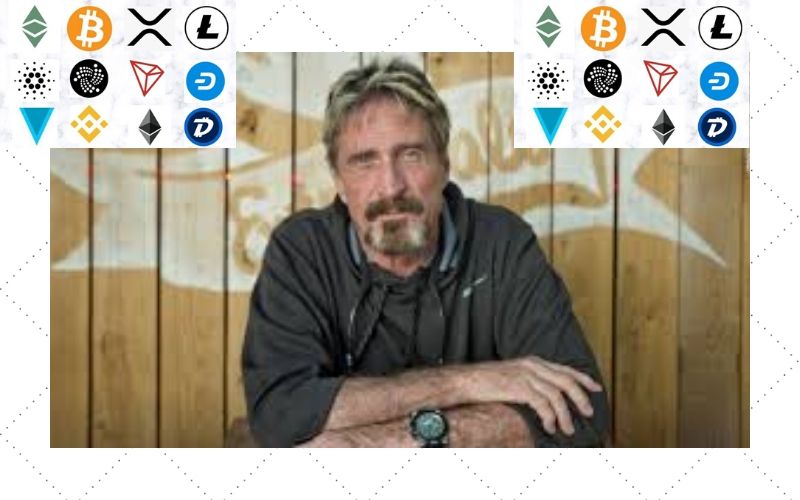 Now that Andrew Yang has dropped from racing for the President of the United States after sensing the slim chance of winning, the Septuagenarian John McAfee sees himself as the only Crypto-friendly candidate still in the race.

The Crypto community wishes to have a president that is ready to throw his/her weight behind the prospect of cryptocurrency after President Donald Trump fulfilled the wish of the majority by showing his disinterest in Bitcoin or any other cryptocurrency via a tweet sometimes last year.

He went further to speak ill of the use cases of cryptocurrency by tagging it as a tool in drug dealing and other social vices. Crypto community members in the United States and environs wished for presidential backing, then came Andrew Yang and John McAfee.

The cryptocurrency ecosystem rallied in support of these two personalities bear the hope of seeing a crypto-friendly personality in the White House as the President of the most powerful country in the world, United States.

John McAfee, the internet security guru, and cryptocurrency (not Bitcoin) enthusiast has been rallying his campaign team, getting his members ready for the 2020 Presidential election.

The same applied to Andrew Yang. Anywhere the logo of a blue cap is found implies the presence of the support for the enthusiastic President to be, but later played out otherwise.

Obviously, a part of crypto community members that cares to see a crypto-friendly President will be left disappointed after the announcement of Andrew Yang’s disinterest in racing, citing a slim chance of victory.

Those blue caps and the friendly atmosphere created with his ambition will surely fade away. Now, the sole hope of the cryptocurrency ecosystem lies in the eccentric internet security Guru John McAfee.

Would John McAfee Remain Resolute Till the Last Ballot is cast?

As Andrew Yang dropped from the race, many would have expected John McAfee to follow suit, but it’s not likely, judging by his reaction to a recent article written about the chance he has to win the election.

McAfee captioned a part of the article that gave him zero chance of winning the election. He, however, showed zero sign of dropping at this stage.

John McAfee shared this, “Andrew Yang, the only other Crypto-friendly candidate, gives up his Presidential aspirations. That leaves only me. Although, as the article states, I have zero chance. And would, in any case, make the worst President ever.”

Andrew Yang, the only other Crypto-friendly candidate, gives up his Presidential aspirations.

That leaves only me.

Although, as the article states,

I have zero chance.

And would, in any case, make the worst President ever. pic.twitter.com/FyPAyj1ldh

Whether McAfee would remain resolute till the last ballot of the United States Presidential election is cast remains speculation. But the cryptocurrency community seemingly wants a crypto-friendly candidate in the last lap, and the last resort at the moment is John McAfee.