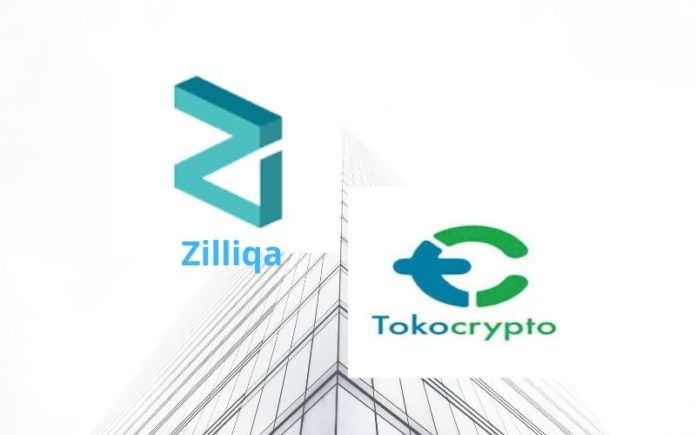 Zilliqa has some hours ago announced that its native token ZIL has gone live on the Indonesia’s leading cryptocurrency exchange, Tokocrypto.

According to the report shared by Zilliqa (ZIL) via its official Twitter handle, the digital token ZIL will be traded against Indonesian Rupiah (IDR).

Additionally, there will be a special trading contest solely for the registered users that are holding Zilliqa (ZIL) on the exchange. This trading contest is scheduled to start on 16th January to 5th February 2020. The estimated prize for users to win is summed around Rp25 million.

Zilliqa shared, “We’re thrilled to share that  ZIL is now available on Tokocrypto, Indonesia’s leading exchange – with supported trading pairs in ZIL/IDR. We’re holding a special trading contest for all registered users from 16 Jan-5 Feb. Users can win a total of around Rp25 million!”

We're thrilled to share that $ZIL is now available on @Tokocrypto, Indonesia's leading exchange – with supported trading pairs in ZIL/IDR. We're holding a special trading contest for all registered users from 16 Jan-5 Feb. Users can win a total of around Rp25 million!
⬇️ https://t.co/j1BRSkb0PV

The Indonesian exchange shared the details of the trading competition in a series of tweets written in Indonesian language. Below are the translated version of the tweets:

And at the end of the competition there will be a Lucky Draw for 5 lucky traders with a total prize of 500 thousand rupiah. What are you waiting for, TRADE NOW!

At the end of the competition, there will be 5 lucky draw winners randomly selected from those who join the comet. Transactions that are counted are only Zilliqa transactions.

rading position rankings will be announced every day at 16:00 WIB on Tokocrypto Instagram and Telegram; During the competition, users can still deposit and buy Zilliqa.

Tokocrypto will assess the user’s transaction volume from the start of the competition to the end. Winners with the highest Weekly Transaction Volume will be announced every Friday, and prizes will be sent no later than 1 week after being announced.

The winner with the highest Transaction Volume Competition will be announced together with the weekly winner of the third period, and prizes will be sent no later than 1 week after the competition ends. All users can participate in all weekly competition periods.

Analyst: XRP Is Poised to Rise By 30% in the Coming Two Months

Ethereum Embarks On Fresh Increase. Why ETH to $1,500 in Near Term Is Possible

Tobi Loba - January 10, 2020 0
We use cookies to ensure that we give you the best experience on our website. If you continue to use this site we will assume that you are happy with it.Ok