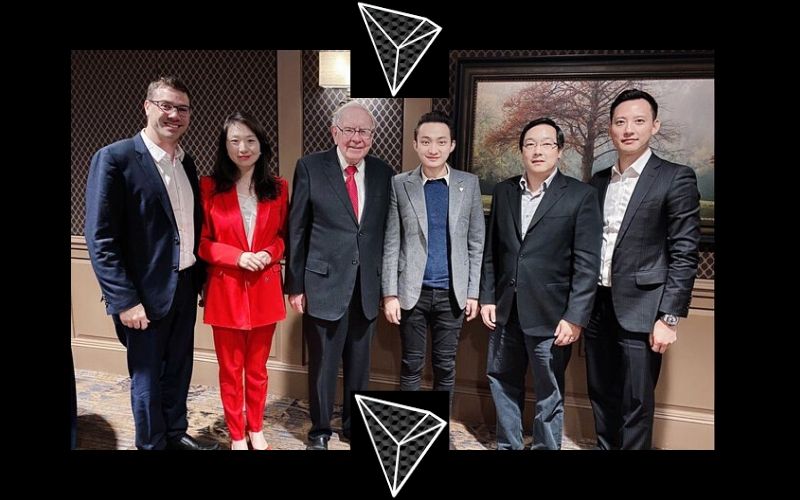 The founder and the CEO of Tron Justin Sun has recently shared that the Octogenarian billionaire, Warren Buffett, has already made a 60% gain from the sum of 1,930,830 TRX  gift he received during the trending and much-awaited lunch that finally took place a couple of weeks ago.

This came about after a twitter user made the estimation of the possible returns of the 1,930,830 TRX gifted to Warren Buffett about 3 weeks ago, stressing that the TRX is now worth $50,780.

In response to the Tweet, Justin Sun shared this, “Warren Buffett starts to make 60% profits in 3 weeks.”

The jingle of the anticipated big announcement hinted by the CEO of Tron Justin Sun finally sounded a few hours ago after the announcement was published on the Medium page of the Tron Foundation.

The big announcement as published by Tron Foundation was about a strategic partnership between Steemit, the largest decentralized blockchain-based social media and blogging platform.

However, the former Steemit CEO Ned Scott has confirmed that the deal is more than a strategic partnership, but the acquisition of Steemit by the CEO of Tron Justin Sun while responding to the tweet that made the development public.

Ned Scott shared this, “Steemitans and Twitterers, after four beautiful years, I have sold Steemit to Justin Sun.”

According to the report, the acquisition of Steemit is targeted at providing a dynamic value proposition to its users, investors, and community members.

Steemit is a platform built on Steem blockchain. It’s also one of the largest Dapps across all the blockchain with users up to 1 million and still growing.

Obviously, Steemit will be joining Tron blockchain with all its use cases, which is a big deal for the Tron ecosystem.

This new development will bring Tron foundation and Steemit Inc together to create further value for their users in order to augment their advancements in decentralized technologies.