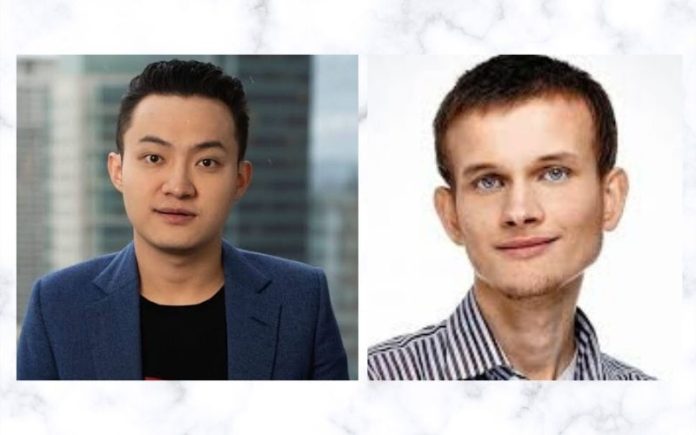 The founder of Ethereum (ETH), Vitalik Buterin, has recently stated that any flaw found in Ethereum (ETH) can be found 10 times more in Justin Sun’s Tron (TRX).

Buterin made this claim in a thread of tweets a few hours ago, after a well-known Bitcoin Activist, Udi Wertheimer, opined that Tron is greater than Ethereum.

His seemingly simple but weighty opinion soon developed into a long conversation among cryptocurrency big guns, including Vitalik Buterin, Adam Back, among others.

Responding to the sentimental comparison made by the prominent Bitcoiner, Udi Wertheimer, the co-founder of Ethereum (ETH), Vitalik Buterin made a historical reference that called the attention of several cryptocurrency enthusiasts.

He captioned a screenshot of an article written by Scott Alexander, the anonymous psychiatrist that took down his popular blog, Slate Star Codex, and went dark after a New York Times reporter threatened to doxx him.

One of the articles that caught Vitalik Buterin’s attention speaks about the baffling alliance partnership between Japan and Germany in WWII, which was formed with the Tripartite Pact on September 27, 1940.

According to the author, outgroups could become in-groups whenever it’s convenient. This was the point Buterin used to make his argument.

“I feel like this weird half-joking tron stanning in the BTC community might be a perfect example of this from.”

I feel like this weird half-joking tron stanning in the BTC community might be a perfect example of this from @slatestarcodex: pic.twitter.com/4nQLDqeIwd

The Ethereum co-founder furthered by acknowledging that ETH has flaws from some Bitcoin community members’ perspective, but Tron (TRX) has 10 times more.

“Like, from any serious point of view, any flaw that ETH has from the perspective of BTC community values, Tron has 10x more. And yet, ETH is often a mortal enemy, and yet Tron, at least psychologically, is viewed as a distant crazy uncle it’s cool to be kinda friends with,” Vitalik Buterin tweeted.

“I reject the premise. I don’t know about the “Bitcoin community”, but what *I* dislike about Ethereum is that I think it misses out on its potential because it’s moving too slow, basically so that people can pretend that it is a neutral public good Tron just doesn’t pretend.”

Doesn't bitcoin also move too slow so people can pretend it's a neutral public good though?