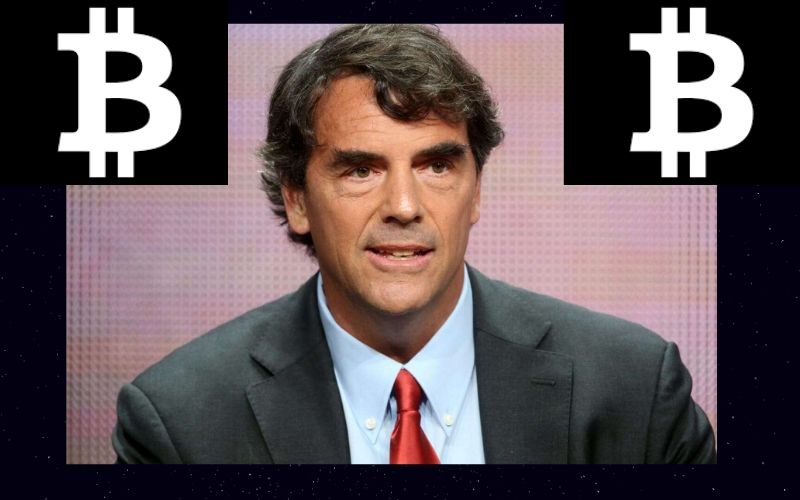 Tim Draper, the founder of Draper University is doubling down on his prediction of $250,000 for Bitcoin (BTC) by 2022 in a tweet shared a couple of hours ago.

Sometimes in 2018, Tim Draper predicted that the leading cryptocurrency will hit $250,000 by late 2022. Back then, the cryptocurrency was trading far below its current prices.

Draper’s prediction was seen as outrageous and widely criticized in the crypto community. However, the entrepreneur did not stop reiterating his possible price for Bitcoin (BTC) with the same time frame.

There was a time Draper vowed to eat raw eggs if his prediction for Bitcoin fails.

In one of his latest tweets, he reminded the cryptocurrency community of his price prediction for the flagship digital currency.

In the tweet, Draper stated that the price he predicted for Bitcoin (BTC) about three years ago is just 5x to come to reality, adding that the price target is even a lot more likely than when he made the initial prediction.

Tim Draper tweeted, “$250k by end of 2022. Just 5X from here. Looking a lot more likely than when I made the initial prediction three years ago, eh? Bitcoin.”

$250k by end of 2022. Just 5X from here. Looking a lot more likely than when I made the initial prediction three years ago, eh? #Bitcoin

The Trend of Bitcoin (BTC) in the Market

The past two weeks have been great for the price trend of the largest digital currency by market capitalization, Bitcoin (BTC).

Prior to the significant uptrend to record a new all-time high around the $52,000 region, BTC lingered around $38,000 support level, but Elon Musk’s Tesla big purchase turned things around for Bitcoin.

After the announcement that Tesla purchased a whopping $1.5 billion worth of BTC, the price of the cryptocurrency embarked on a meteoric increase to $46,000 area.

Additionally, the electric car manufacturing company announced that it will soon add BTC as a payment option for its customers. This also served as a big boost for Bitcoin to maintain the significant upside trend.

There have been predictions that the leading digital currency will continue its positive trend for the next couple of months. At the time of filing this report, BTC is trading at $51,813.73, with about a 2% price increase in the last 24 hours.