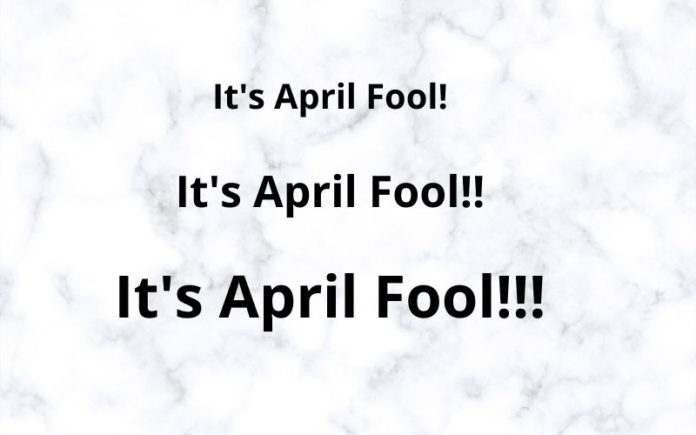 1st April is a day when almost everything shared and said are majorly termed as jokes. Due to the significance of this day, people prefer to scrutinize information, especially the significant ones, before subscribing to it.

Such jokes also attracted the attention of the cryptocurrency community members a couple of hours ago. Some crypto enthusiasts and companies decided to pull legs with crypto-related updates.

Three of the crypto-related April-fools’ jokes, which we found as most captivating and funny can be found below:

Some hours ago, the leading cryptocurrency market data company, CoinMarketCap announced that it has added a new coin dubbed the Toilet Paper Token. CMC even pointed out that the new coin presently outperforms Bitcoin (BTC), the first and largest cryptocurrency.

Obviously, this is a joke. The cryptocurrency market data company only used it to describe the extent of the scarcity of toilet paper supply in the stay at home ordered by governments across the world, especially in the United States, United Kingdom, Italy and other developed countries that are majorly affected by coronavirus pandemic.

A popular crypto app, Trust – Crypto Wallet also came up with another funny joke. This one is about Craig Wright’s confirmation as Satoshi Nakamoto.

Indeed, the joke attracted the attention of many cryptocurrency enthusiasts, as some suggested that the other way round could have been a better joke.

BREAKING: Craig Wright has been confirmed as Satoshi Nakamoto!

The last joke came from a popular cryptocurrency exchange Bitfinex. The exchange announced its branded energy drink that will be launched soonest.

Without giving it a second thought, the crypto enthusiasts that saw the tweet already knew is a joke made to look real.

“Bitcoin never sleeps so why should you? Introducing The Bitfinex energy drink, coming soon!” Bitfinex shared.

Bitcoin never sleeps so why should you?
Introducing The Bitfinex energy drink, coming soon! 😎 pic.twitter.com/srec6JQXlh

XMR Workgroup to IRS: Focus On Studying Monero Instead of Offering $625,000 to Break It