Sunny Lu: PoA 2.0 Is One of the Critical Elements to Make “Million a Day” Happen 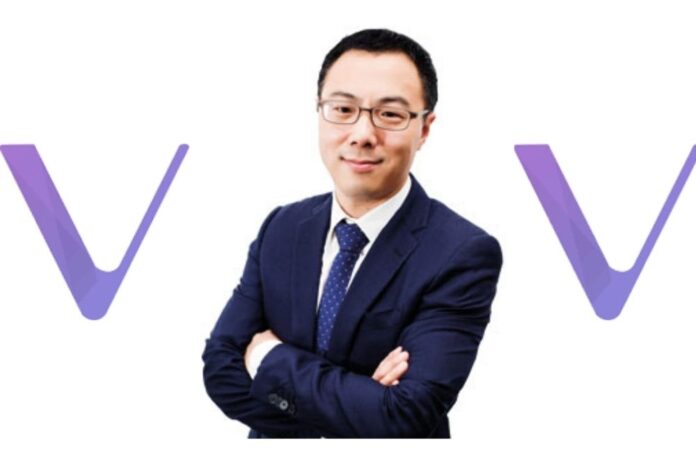 The much-anticipated AMA on the Cryptocurrency subreddit, which was scheduled to involve Sunny Lu & Peter Zhou, CEO and Chief Scientist of VeChain, has just been concluded.

Several questions in relation to blockchain, VeChain, proof of authority (PoA) 2.0, VeChain’s new Enterprise non-fungible token (NFT) ecosystem, and lots more were asked during the AMA session that lasted for about 3 hours.

The first and notable question that was answered by Sunny Lu during the AMA was about the proof of authority (PoA) 2.0, an upgrade that is much-awaited by the VeChain community.

A user identified as DrScrimpPuertoRico asked for clarification about what Sunny Lu meant by a “million a day”, a reference that was noted in a prior interview. According to the user, the statement has been widely discussed and probably misinterpreted by VeChain community members.

The user said some people interpreted the statement as either:

In response to the question, Sunny Lu highlighted the notable benefits that PoA 2.0 will bring to the VeChainThor blockchain:

“POA 2.0 is one of the critical elements to make “million a day” happen for sure. It is going to give VeChainThor an edge on other public blockchain platforms in the race of mass adoption.

“Without going into technical details, PoA 2.0 introduces the block-committee mechanism that not only improves network security but further lifts the theoretical upper bound of the maximum throughput of VeChainThor. Moreover, it provides block finality, an absolute guarantee on the safety of the public ledger.”

Regarding a “million a day” statement that has become a topic for discussion in the VeChain community, he said he was referring to any valuable transactions on VeChainTor.

According to Sunny Lu, the number is a very challenging target, but VeChain aims beyond a “million per day”:

“And even “million per day” is a very challenging target to reach considering 90% of total transaction volume on VeChain is Smart Contract executions which usually represent use cases and applications, please rest assured that we will not stop at the milestone to reach “million per day” but continue to scale up.

“If we look into the current network capacity of VeChain which can support 50m+ per day, we will know that only the sky’s the limit before we have to choose the solutions by voting to upgrade VeChainThor networks. It could be very slow from 0 to 1 but it will be much faster from 1 to 10 and 10 to 100, and so on.”

CryptoWhale States What to Expect Once XRP Scales Through Regulations