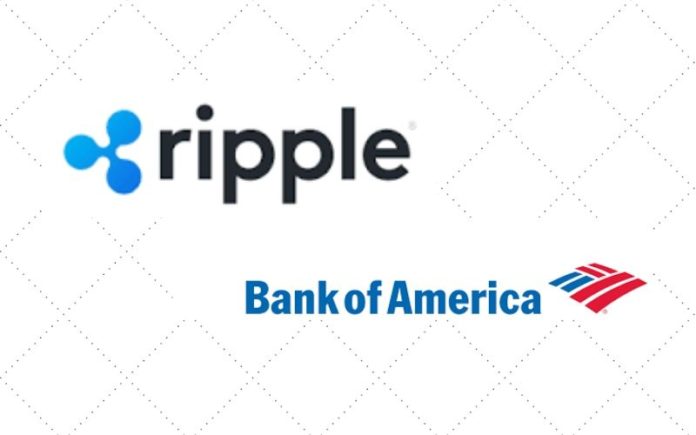 Ripple, the San Francisco based blockchain firm, has now officially included Bank of America (BoA) on the list of top RippleNet customers on its website.

This new move exhibited by the blockchain payment behemoth met the second-largest digital currency by market cap, XRP, at $0.46 price level. At press time, XRP is trading at $0.485449, with a 6.85% price uptrend in the last 24 hours.

Moreover, Ripple’s On-Demand Liquidity (ODL) across all corridors, such as Mexico’s Bitso, Australia’s BTC Markets, among others, have been bullish over the past few days, moving an extremely large sum of XRP to the tone of 310 million coins.

Obviously, Bank of America (BoA) is one of the largest banks in the United States. It’s also one of the most popular banks across the world. And it has, over the years, showcased its great impact on the financial industry.

A number of times in 2020, the top bank has showcased that it’s either testing or using some of the products of Ripple.

In the course Ripple’s 2020 annual Swell conference, which was conducted online due to the widespread of Covid-19 that brought about the total lockdown, Bank of America showed that it’s using Ripple’s xCurrent product.

Also, back in 2019, BoA filed a patent to register a product powered by blockchain. Ripple also affirmed that the bank has been one of the top banks on its list of customers since 2016.

Read Also: TPBank Connects with RippleNet to Drive Global Payment between Vietnam and the World

Howbeit, this development has not been officially indicated on its official website until now. Bank of America has now filled its rightful position in the company of other large RippleNet members, such as Santander, Nium, Standard Chartered, and others.

First Court Date for the Case between U.S. SEC and Ripple Has Been Set

Analyst: The Calculating Long-Term Price Target for XRP Is $8,222