According to the tweets shared by the XRPL monitor, Ripple, the cross-border payment firm, transferred 10 million XRP to an unknown wallet and received a huge amount of XRP from Binance exchange.

Meanwhile, a former top executive at Ripple and founder of Stellar and Mt. Gox, Jed McCaleb, has sent another huge XRP for cash out from his tacostand digital wallet.

According to a report from XRPL Monitor, some hours ago, the sum of 16,231,173 XRP worth $3,964,925 was transferred from the leading cryptocurrency exchange Binance to Ripple. 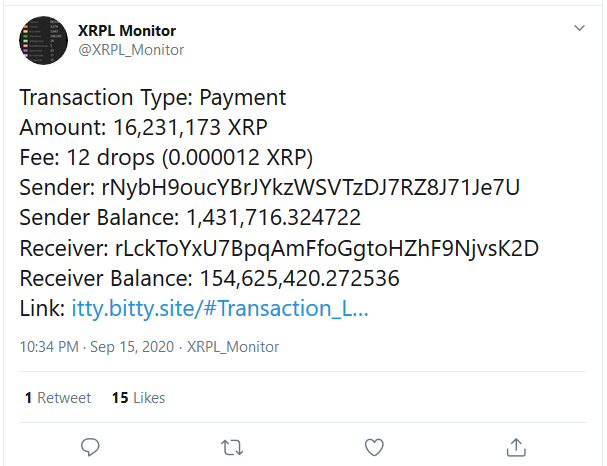 Over the past months, the largest cryptocurrency exchange by trading volume, Binance, has initiated a lot of substantial amounts of XRP to Ripple. Binance recently added more products in the XRP ecosystem, but the reason for the consistent transactions from Binance to Ripple cannot be explained until now.

Meanwhile, the cross-border payment behemoth, Ripple, also moved the sum of 10 million XRP worth $2,436,178 to an unknown wallet.

As revealed in the data shared by the crypto analytics firm, Bithomp, these funds were transferred to a wallet that belongs to BitGo, a custodial crypto service that works mainly with institutional investors.

Jed McCaleb, who co-founded Ripple, Stellar, and the infamous crypto exchange Mt. Gox, has effected another huge selloff of a portion of his XRP holdings, according to another tweet shared by XRPL Monitor.

According to the report, McCaleb has sent 5.7 mln XRP worth $1,388,622 in a single transaction from his tacostand digital wallet. 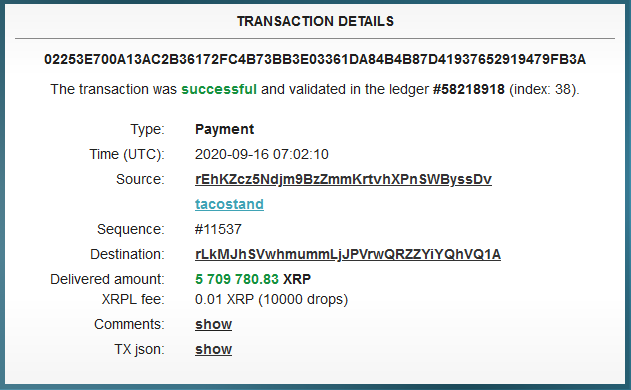 Over the past hours, Ripple’s native token XRP managed to print a positive price trend, better than other top 10 cryptocurrencies, except Ethereum (ETH).

This price resurgence came after a huge retracement that affected virtually all top digital currencies in the market, including Bitcoin (BTC). At the time of filing this report, XRP is trading at $0.251057, with a 4.01% price uptrend in the last 24 hours.

Solomon Odunayo - December 6, 2020 0
We use cookies to ensure that we give you the best experience on our website. If you continue to use this site we will assume that you are happy with it.Ok