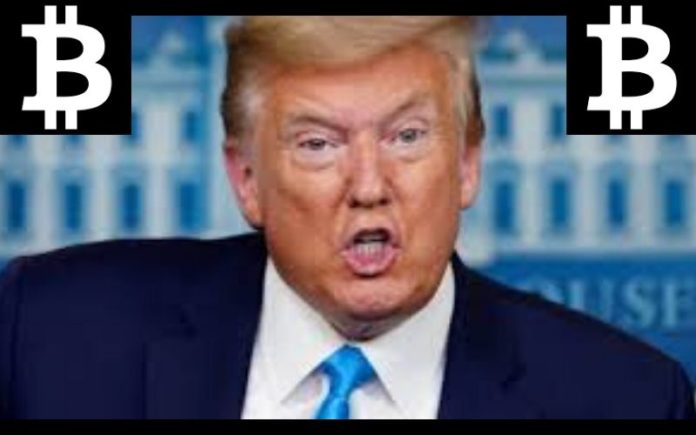 It has been revealed that the president of United States, Donald Trump, had once instructed the US Treasury Secretary Steven Mnuchin to “go after Bitcoin”.

Going by John Bolton’s new book titled, “The Room Where It Happened”, Donald Trump was sternly against Bitcoin (BTC) long before his popular position he shared on Twitter in July 2019.

According to John Bolton, the former national security advisor, the United States President was ready to take his hatred for Bitcoin beyond Twitter, to the regulatory level.

An article published by Forbes on 18th June 2020, notified the cryptocurrency community about a book written by John Bolton, which speaks expressly about Donald Trump’s disinterest in Bitcoin (BTC).

The new book reveals when Bolton heard Trump tell the Treasury Secretary Steven Mnuchin to “go after Bitcoin”. He said this was mentioned about Bitcoin (BTC) when Trump and Mnuchin were discussing the trade sanctions and tariffs against China in 2018.

Donald Trump Says Bitcoin (BTC) Is Based On Thin Air

The United States President Donald Trump continued to express his disinterest in Bitcoin (BTC). He made his dislike of the first and largest cryptocurrency public in a tweet in July 2019, where he said Bitcoin is “not money” and “based on thin air”.

I am not a fan of Bitcoin and other Cryptocurrencies, which are not money, and whose value is highly volatile and based on thin air. Unregulated Crypto Assets can facilitate unlawful behavior, including drug trade and other illegal activity….

He also furthered by attacking Facebook’s cryptocurrency, Libra, which was followed by stern scrutiny from US congressmen and was ready to shut down the notion of launching the digital currency.

Steven Mnuchin, the US Treasury Secretary, has so far shown that he supports Donald Trump’s stand on Bitcoin after the July 2019 tweets.

Following the tweet, Mnuchin said the White House was “looking at all of the crypto assets” and later claimed that Bitcoin and other digital currencies are used to launder money often than cash.

Mnuchin also said at a hearing in February 2020 that he would make an announcement of some new requirements for cryptocurrencies with the Financial Crimes Enforcement Network, in a bid to prevent money laundering in the country.