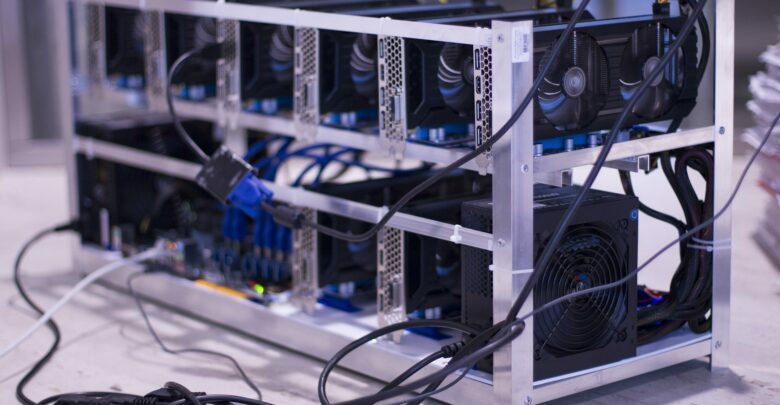 Bitcoin’s price has fallen significantly over the weekend, falling below the $50,000 level. Despite this, the asset mining hashrate has climbed, demonstrating that mining activity has not been affected by the price fluctuation.

Additionally, during the period between December 2nd and December 5th, the hashrate increased by 6.9 % as a result of the considerable fluctuation in the price of bitcoin.

The new hashrate estimates are more stable when compared to the old link between hash rate and Bitcoin price volatility, which was shown to be less stable than the previous estimates. As the value of Bitcoin rises, the hashrate grows  with the growth in its value, on average.

The hashrate of bitcoin, according to historical statistics, decreases in parallel with the general reduction in the value of the cryptocurrency. As a result of the uncertainty in the global financial markets, the price of Bitcoin went below $47,000 at some point on December 4, confounding predictions.

Throughout the day, the cryptocurrency fell to a two-month low in value. We believe this is the biggest one-day decrease in bitcoin’s price since it had a comparable drop on May 15, 2017, according to our research. During the 24-hour period after the publication of this article, the asset’s price had declined to $47400, signifying an 8.4%reduction in the asset’s 24-hour trading volume.

In spite of the fact that it is still regarded a mystery to some extent, there might be a wide range of elements at play that are contributing to the increase in the hash rate.

The hashrate on Bitcoin, on the other hand, has been steadily increasing over time, indicating that Bitcoin mining power has expanded in concert with the broad use of the cryptocurrency. Furthermore, an increase in the hashrate indicates that mining operations have returned to normal levels after China’s crackdown on the industry, which began in 2013.

After Chinese authorities started prohibiting bitcoin mining in the middle of this year, the value of bitcoin and the hashrate both plummeted. Notably, at the time, China controlled a substantial portion of the worldwide Bitcoin mining activity, causing operators to seek refuge in more favorable countries elsewhere across the world. Bitcoin’s mining difficulty is measured in difficulty units.

Additionally, when the hash rate grows, it is projected that the difficulty of Bitcoin mining would increase as well. Because of the decline in hashrate caused by the Chinese crackdown, as we previously reported, mining the cryptocurrency became more accessible and lucrative.

It’s interesting to note that when a large number of Bitcoin miners go offline, the proportion of other miners on the network rises. In addition, the present hashrate is expected to encourage additional miners to come online.

Despite the fact that Bitcoin saw a large price fall over the weekend, market analysts believe that the commodity still has considerable highs to go. The CEO of cryptocurrency lending platform Celsius Network, Alex Mashinsky, has said that Bitcoin might trade for about $140,000 by April 15, 2022, as a result of widespread acceptance, according to a report by Finbold.