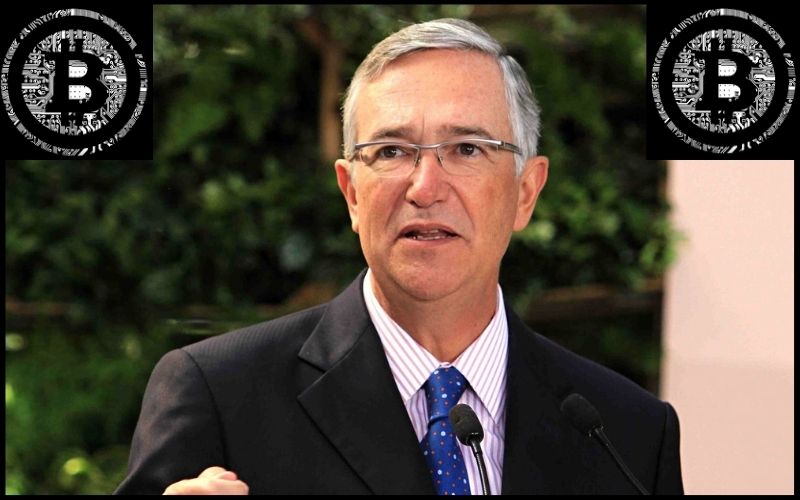 Ricardo Salinas Pliego, the second-richest man in Mexico is the latest on the list of Billionaires across the world, who have joined the Bitcoin (BTC) bandwagon.

According to his recent tweet, Pliego has invested 10% of his net worth in the booming digital asset and also urged his teeming followers to buy a Bitcoin-focused book, for them to understand how it works in the world of cryptocurrency.

Pliego is the founder of Grupo Salinas, a company founded in 2001 with interests in consumer electronics, sports, and television networks. As reported by Forbes earlier this year, he’s currently worth $11.7 billion. However, in a separate tweet shared a few hours ago, Pliego said he’s worth $13.8 billion.

Considering his net worth, it can simply be deduced that he currently has about $1 billion investment in the first and largest cryptocurrency, Bitcoin (BTC).

Nevertheless, Pliego did not ask his followers to blindly believe and invest in BTC, but he recommended a Bitcoin-focused book to help them in their decision-making.

On 18th November, he shared this with his teeming followers on Twitter, “Today I recommend THE BITCOIN PATTERN, this book is the best and most important to understand Bitcoin. Bitcoin protects the citizen from government expropriation. Many people ask me if I have bitcoins, YES. I have 10% of my liquid portfolio invested…”

The sentiment is similar to the one increasingly voiced by prominent investors and technology companies around the world—that of holding Bitcoin as a hedge against the incessant money printing (to artificially save the economy) and rising inflation in the coming years.

Such concerns are not overstated. Countries like Venezuela, Zimbabwe, and a few others are currently suffering from rampant inflation and the absolute devaluation of their fiat currencies—which Pliego highlighted in a separate tweet earlier today.

Pliego tweeted, “To start with Bitcoin, I share a video taken in a Latin country where banks throw money away (paper money is worth nothing) that is why it is always good to diversify our investment portfolio.”

Meanwhile, Bitcoin (BTC) continues to experience a surge in price. BTC managed to test above $18,000 resistance before a slight retracement.

Read Also: $1 Billion Worth of Bitcoin (BTC) Transaction That Caught the Attention of Thousands of Investors

Over the last week, Bitcoin has managed a relatively 16% upsurge according to CoinMarketCap. At the time of filing this report, BTC is trading at $17,998.26, with a relatively 8% price uptrend in the last 24 hours.