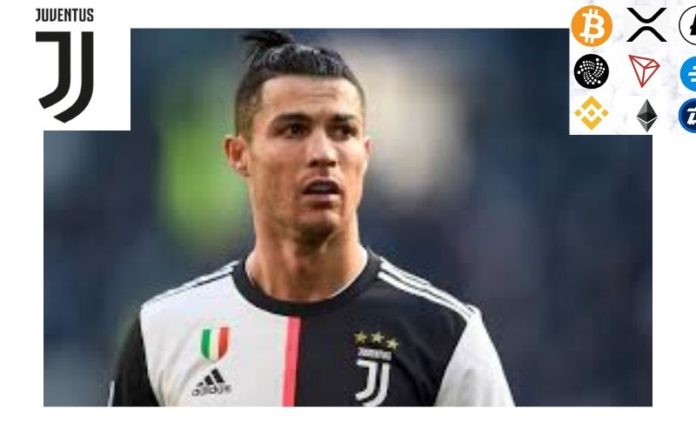 As a report stated, the price of JUV, the fan-based token belonging to the Italian Football giant, Juventus Fc, has skyrocketed after interesting news about the Football Club’s superstar player, Cristiano Ronaldo.

Cristiano Ronaldo is a big figure and brand in the world of football. The superstar player’s move to the Italian football giant, Juventus, has been seen as a marketing strategy for the club, and his presence in the club is so far worthwhile.

So, it can’t be seen as a strange scenario if JUV token reacts to positive news about Cristiano Ronaldo.

This interesting development was shared some hours ago by Alexandre Dreyfus, the CEO of Fintech and Sports blockchain Chiliz (CHZ) and Socios.com, via his official Twitter handle.

In the tweet, he said JUV token is reacting positively in the market to the announcement of Cristiano Ronaldo heading back soon to Italy for training.

“JUV on the rise following announcement of Cristiano Ronaldo heading back to Italy for training soon. Juventus Fc token is the first of 10+ to be launched soon including FC Barcelona, Paris Saint-Germain, OGesports and many more on $CHZ ecosystem,” Alexandre Dreyfus shared.

$JUV on the rise following announcement of @Cristiano heading back to Italy for training soon. @juventusfc token is the first of 10+ to be launched soon including @FCBarcelona @PSG_inside @OGesports and many more on $CHZ ecosystem. pic.twitter.com/jhsFwou2bs

Juventus Token (JUV) in the Market

According to the market data captioned by the CEO, Alexandre Dreyfus in the tweet, the fan-based token experienced an 18% increase against USD. However, going by Coingecko’s market report, JUV token has increased its surging trend to 19% in the last 24 hours.

JUV was initially trading around $2.0 price region before the positive announcement about Cristiano Ronaldo. But the fan-based token JUV is now trading at $2.49, which is good news for its holders.

Chrysalis Will Transform All Developers Tools, Node Software in the IOTA Ecosystem

ABOUT US
Herald Sheets is a website intended to deliver news related to Bitcoin BTC, Ripple XRP, Litecoin LTC, Cryptocurrency, Blockchain Tech, and broad Technology Updates. It is operated by writers and co-workers located at several locations globally. We aim to create high-quality content for our readers of the finance and tech niche.
Contact us: contact@heraldsheets.com
FOLLOW US
© Copyright 2020. Herald Sheets Inc.